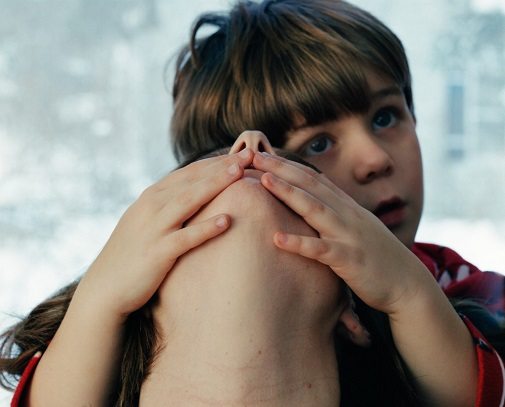 A former New Mexico State University professor with photos in collections at the Museum of Modern Art, San Francisco Museum of Art and the J. Paul Getty Museum will have an exhibition at the University Art Gallery. “In Good Time: Photographs by Doug DuBois” will run from Feb. 23 through April 15, with an opening reception from 5-7p.m. on Feb. 24.

DuBois spent eight years at NMSU as an associate professor of art in the College of Arts and Sciences from 1989-1997. He is currently teaches in the College of Visual and Performing Arts at Syracuse University, and often does tours for his shows around the country. In addition to his photography in collections at prestigious museums, DuBois has also created photographs for magazines including the New York Times magazine, Time, Details, and GQ.

The exhibition contains three different bodies of work: “All the Days and Nights,” “Avella” and “My Last Day at Seventeen.”

Family is a reoccurring theme in DuBois’ work. In 1984, DuBois began photographing his own family, watching the complicated relationships unfold and events happen as time went by, such as his father’s near-fatal accident, subsequent recovery, and the impact on his family.

For his series “Avella,” DuBois spent years photographing the residents of an old coal-mining town in Pennsylvania where his grandmother had lived. He collected her stories and made a portrait of the inhabitants of an American town past its prime.

In his most recent series, “My Last Day at Seventeen,” DuBois traveled to Cobh, Ireland, where he was an artist in-residence at the Sirius Arts Centre. What started as a month-long residency turned into a five-year project for DuBois, who was fascinated by the connections between the teenagers in the neighborhood of Russell Heights. He began photographing them and earned their trust in order to tell a coming-of-age story about the moment between childhood and adulthood, filled with both confidence and uncertainty.

The Hermès Foundation and Aperture Foundation are presenting Dubois’ traveling exhibition, the first mid-career survey of his photographs curated by Cory Jacobs.