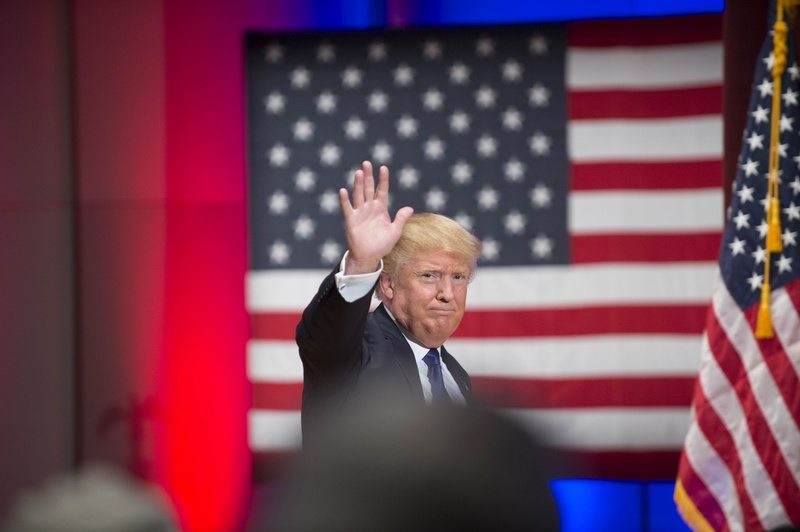 A Trump administration may put wind in the sails of Texas lawmakers pushing for “school choice,” allowing parents to use taxpayer money to send their children to charter, private and religious schools.

Texas advocates for private school vouchers and charter school expansion may have reason to be excited come January.

President-elect Donald Trump hasn’t said much about his education policy plans, but one priority he’s singled out for his first 100 days in office is “school choice” reform, allowing parents to tap public money to send their children somewhere besides traditional public schools. That, combined with his stated desire to decrease federal control in favor of state regulation, could mean more political momentum for pro-voucher, pro-charter advocates.

Trump included a section in his 100-day plan called the “School Choice and Education Opportunity Act” which would redirect federal education dollars so parents can send their kids to public, private, charter, magnet, religious or home schools of their choice.

During his campaign, he said the federal government would contribute $20 billion in redirected funds, on top of $110 billion of state funding, to provide $12,000 in “school choice funds” to every low-income K-12 student.

Texas’ top officials support increasing charter school options, with Gov. Greg Abbott calling for an expansion of charter schools in the state. But they are divided on private school vouchers, with the Senate regularly passing — and the House regularly rejecting — related bills. Lt. Gov. Dan Patrick has made “private school choice” one of his top 10 priorities for the 2017 legislative session and is expected to introduce a pro-voucher bill. Abbott has stayed quiet on the issue of school choice in relation to education savings accounts, which would allow parents to pay for private school and other education expenses using debit cards loaded with tax money.

State teacher associations have regularly spoken out against private school vouchers. “Regardless of what Trump will do or won’t do on vouchers, we will continue to fight vouchers very, very strongly because they’re a bad idea,” said Texas State Teachers Association spokesman Clay Robison.

Trump has also vowed to scale back the federal Department of Education, giving states more flexibility on regulating education policy. “We could see changes to regulations or changes to the laws that allow states to use federal money,” said Harvard professor Paul Peterson, senior editor of the education policy journal Education Next.

His administration could direct federal money to states prioritizing vouchers and charters, Peterson said. And states may have more freedom to decide what to do with that funding.

Texas would likely be considered a “choice-oriented state,” eligible for that money, said Lori Taylor of the Texas Smart Schools Initiative, which rates districts and campuses by their financial efficiency. President-elect Trump could redirect funds such as Title I, which goes specifically to districts with low-income and special-needs students, to incentivize states to fall in line with “school choice.”

“It’s not clear how quickly or with how much flexibility the president could redirect those funds,” Taylor said. And the amount of money redirected would likely be small.

But the financial incentive could stir up “more viable proposals” for private school vouchers in Texas, she said.

Texas State Teachers Association’s Robison said he hopes Texas will stay voucher-free — and that a Trump administration would not reproach the state for it. “We’d hope that if Trump tries to propose vouchers that he would not penalize the states that will not adopt them,” he said.

Disclosure: The Texas State Teachers Association has been a financial supporter of The Texas Tribune. A complete list of Tribune donors and sponsors can be viewed here.