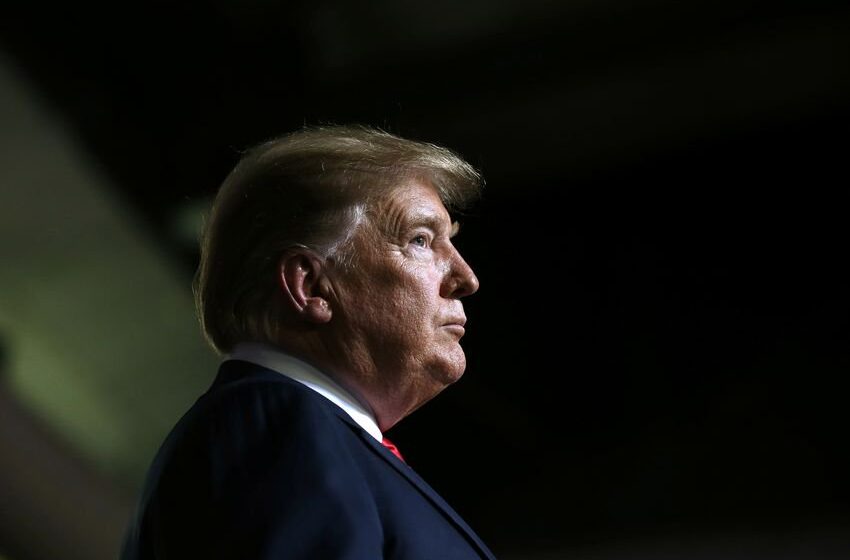 President Donald Trump is prepared to sign a massive spending and border security deal, while at the same time declaring a national emergency to get more money to build his border wall, Senate Majority Leader Mitch McConnell, R-Ky., said Thursday.

McConnell made the announcement on the Senate floor, and told senators to prepare to vote shortly on the legislation that would stave off a government shutdown Friday at midnight.

“The president will sign the bill. We’ll be voting on it shortly,” McConnell said.

McConnell also said he’d told the president he would support the emergency declaration, which would allow the president to circumvent Congress and use the military to build his wall. McConnell has voiced opposition for weeks to the idea of Trump declaring a national emergency.

McConnell’s announcement came after hours of limbo in the Senate as GOP leaders waited for a sign from the White House that Trump would support their hard-fought compromise even though it offers just a fraction of the $5.7 billion Trump wanted for his wall.

McConnell was determined to avoid a repeat of what happened in December just before the government shut down for what turned into a record-long 35-day funding lapse.

Shortly before Christmas the Senate unanimously passed legislation to keep the government open without funding Trump’s border wall, believing the president supported the bill. But Trump turned against the bill amid an intense conservative backlash, and the government shut down a short time later after Democrats refused to support the money Trump wanted for his border wall.

McConnell voiced confidence the legislation would pass the Senate, telling reporters earlier that he has the votes.

His sudden appearance on the floor to announce the president’s assent came in dramatic fashion, as he interrupted Sen. Chuck Grassley, R-Iowa, who was speaking about biofuels at the time, and snapped at the majority leader over the interruption. But McConnell wanted to move quickly as soon as he got assurances from the president.

After the Senate votes on the 1,159-page bill, the House is expected to follow Thursday evening. The legislation would fund nine Cabinet departments and dozens of other agencies through Sept. 30, removing — for now — the threat of another government shutdown and political brinkmanship over Trump’s demands to fund a U.S.-Mexico border wall.

The compromise provides $1.375 billion for 55 miles of new fences along the border in Texas, far short of the $5.7 billion Trump had sought for 234 miles of steel walls. The final number for border barriers is also less than deals that were on the table last year before Trump pushed the government into a record-long 35-day shutdown in an unsuccessful attempt to get all the wall money he wants.

Trump has long threatened a national emergency declaration to make good on his promise of building walls along the U.S.-Mexico border. Pentagon leaders have begun searching accounts that the president could tap to redirect funding for the wall.

Senate Minority Leader Charles E. Schumer, D-N.Y., said an emergency declaration would be the wrong move. It’s expected to face legal challenges and the House could pass a disapproval resolution that McConnell would be forced to put on the Senate floor, an outcome McConnell had hoped to avoid. McConnell had cautioned Trump privately about the scenario.

Although few were enthused about the concessions both sides made in search of a compromise, lawmakers of both parties were eager to see the package pass so they can move on from months of wrangling over shutdown politics and Trump’s wall.

The legislation was released just before midnight Wednesday, giving lawmakers and the White House very little time to review it before it’s put to a vote. Lawmakers defended the rushed timeline because of the impending deadline they face Friday night at midnight, when funding will expire for the Homeland Security Department and other agencies comprising about a quarter of the federal government — unless Congress and Trump act first.

Some liberals were unhappy with the bill, arguing that no money at all should go to border barriers. They’re also unhappy that overall funding for the Homeland Security Department increases under the bill, and that the legislation does not do more to limit the U.S. Immigration and Customs Enforcement agency’s detention authority.

Democratic negotiators included language they said should limit ICE’s detention numbers over time, but Republicans say ICE will still have the flexibility to detain as many immigrants as agency officials deem appropriate. Some liberals and immigrant advocates agreed with the GOP assessment.

“The Department of Homeland Security does not deserve an increase in funding and that is why we intend to vote no on this funding package,” the four lawmakers wrote.

Liberal opposition did not appear widespread enough to threaten passage of the legislation, and Democratic leaders argued lawmakers should support it as the best deal available under the circumstances.

“The agreement is a reasonable compromise. It provides additional funding for smart, effective border security. It does not fund the president’s wall, but it does fund smart border security initiatives that both parties have always supported,” Schumer said on the Senate floor. “Most importantly, it will keep our government open.”

Some House Republicans, too, had been waiting for a solid assurance from Trump before they would agree to vote for the bill.

John Wagner contributed to this report