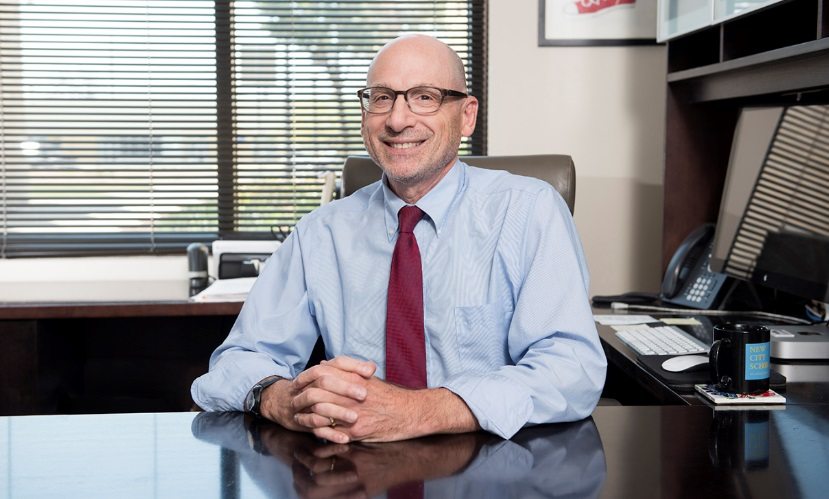 Peter Rotwein, M.D., was recently spotlighted by the American Society for Biochemistry and Molecular Biology (ASBMB) for a study he conducted on insulin-like growth factors (IGFs), a family of proteins that are crucial in early human growth and development.

IGF mutations have been tied to dire health problems, like growth failure, intellectual deficiencies, and other developmental abnormalities.

The ASBMB feature highlights how Dr. Rotwein, vice president for research at Texas Tech University Health Sciences Center El Paso (TTUHSC El Paso), has managed to pursue his passion for molecular biology while juggling his administrative duties for the university.

Dr. Rotwein most recently spent time single-handedly sifting through the genetic data of more than 60,000 people, analyzing the similarities and differences between their IGF genes and proteins.

His work resulted in a peer-reviewed article in the Journal of Biological Chemistry; the paper was later selected as a “Recommended Read” by the journal’s editors.

Dr. Rotwein’s analysis showed that IGF mutations occur in less than one in every 30,000 people. “The bottom line is that disease-causing mutations are very, very uncommon in the IGF system,” he explained.

He also found that there’s a high prevalence of polymorphisms, or genetic variation, when it comes to IGF proteins.

“In the past, there were assumed-to-be mutations in members of the IGF family based on the fact that there were a small number of individuals who had certain similar medical problems,” Dr. Rotwein said. “But some of these genetic differences that were thought to be rare are actually very common, so they are probably not mutations after all — just prevalent genetic differences within the human population.”

For Dr. Rotwein, the next question is what these genetic variations might determine in the human body, such as modifying growth processes that determine adult height. He also is curious if the variations are connected to changing the predisposition to any particular diseases.

In the past, when he ran his own laboratory at other institutions, Dr. Rotwein would have proceeded to address his questions experimentally — testing genetic variations individually in cells or in animal models to see what biological processes they are linked to. Now that he spends most of his time in research administration, he hopes to see other researchers pick up where he left off.

“I hope other researchers can use my observations to further their own studies,” he said.

Rajkumar Lakshmanaswamy, Ph.D., dean of the Graduate School of Biomedical Sciences, was pleased to see Dr. Rotwein featured by ASBMB.

Dr. Lakshmanaswamy said, “Dr. Rotwein’s research demonstrates that there are natural variations in human insulin-like growth factor genes. This is one of the first steps in understanding how these variations play into various human diseases.”