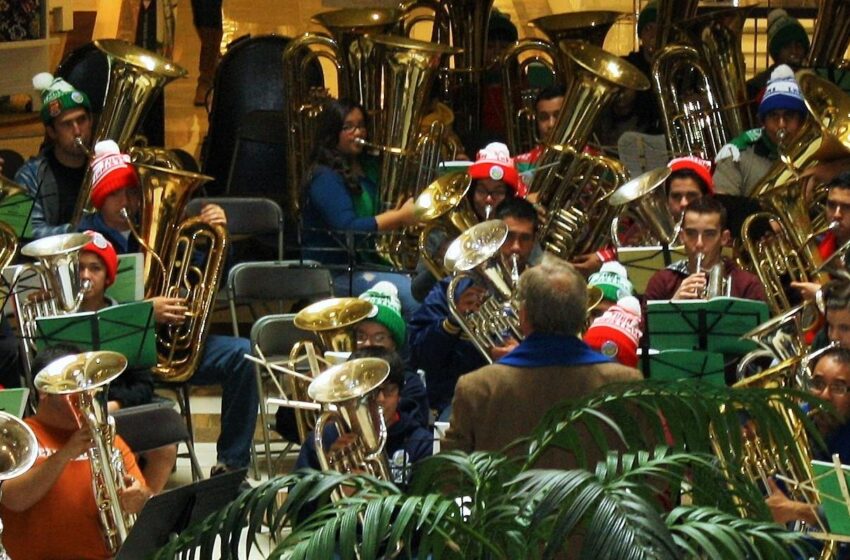 Scores of El Pasoans will join with tuba and euphonium enthusiasts from across the country, as they bring the traditional sounds of Christmas to Downtown El Paso as part of the annual TubaChristmas celebration.

As many as 50 tuba and euphonium players are expected to participate, playing traditional Christmas songs like Joy to the World, Jingle Bells, and We Wish You a Merry Christmas, during a free concert at WinterFest in Arts Festival Plaza in Downtown El Paso.

Any tuba or euphonium player in the El Paso area is invited to participate.  Those interested should plan to attend a mandatory practice session in the lobby of the Judson F. Williams Convention Center at 11:30am on Saturday. For more information, click here.

TubaChristmas was conceived in 1974 by Harvey Phillips as a tribute to his teacher and mentor William J. Bell, born on Christmas Day, 1902.

Traditional Christmas music performed at the first TubaChristmas was arranged by American composer Alec Wilder who ironically died on Christmas Eve, 1980. Wilder composed many solo and ensemble compositions for tuba and euphonium.