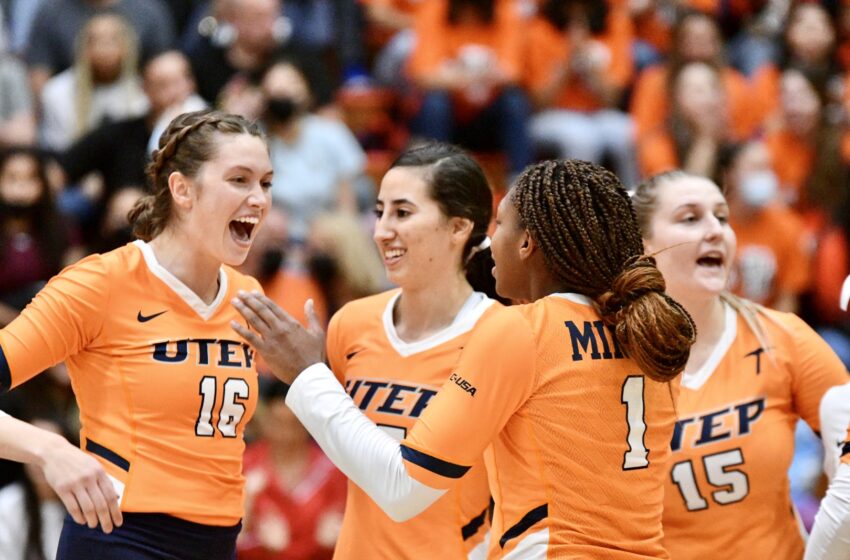 The Miners achieved a season-high 14 blocks while hitting .274.

“The thing I really like about my team is that we have a big roster of really talented players and we’ll find a way to win,” head coach Ben Wallis said. “We will find a way to continue to grind it out and if you’re not getting your job done, I have players on the bench that can come in and do that.”

After coming off a 4-1 scoring run to start the second set, UTEP stuck with the lead. As the Lady Techsters attempted to rally, they were no match for the Miners’ 8-1 surge to take a 2-0 advantage in the match, 25-16.

The Miners utilized another large scoring run to kick off the final set. Back-to-back attack errors from LA Tech sent UTEP into match point where Howard would get the final kill to win the set and close out the match, 25-17.

“They are resilient and it’s hard to consistently play really well when you know you’re physically better than the other team,” Wallis said. “To be able to sit your top players both days and get some young players some time to play is a big deal and I’m proud of my team for stepping up.”

UTEP will be back in action as it travels to Hattiesburg, Ms., to face off against Southern Miss Oct. 15-16. The matches will be streamed on CUSA.tv, with live stats available.