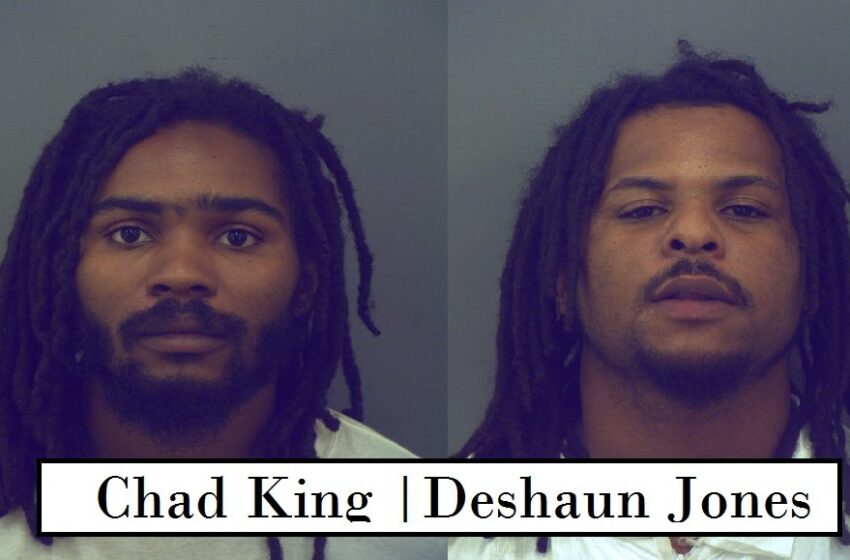 El Paso Police arrested two men, just one day after a car was shot at while traveling on US54 in Northeast El Paso.

Officers from the El Paso Police Department Gang Unit responded to investigate the incident. As a result, two warrants were obtained for 25- year old Chad King and 27-year old  Deshaun Jones for Engaging in Organized Criminal Activity with a Deadly Weapon.

On Tuesday, August 11, King and Jones where detained at the Sierra Blanca Checkpoint by United States Border Patrol Agents for the warrants on file. Both  were transported back to El Paso and booked into the El Paso County Detention Facility. Bond for both was set at $500,000.

According to EPPD, officers from the Northeast Regional Command Center responded to a shots fired call at U.S. 54 North and Hondo Pass.  Police say that their preliminary investigation revealed that the victim was travelling North on U.S. 54 in his white Chevrolet Impala when a suspect in another vehicle began to shoot at the vehicle near the Hondo Pass Exit.

The victim then exited U.S. 54 at Hondo Pass and jumped from his vehicle onto the street. The victim’s vehicle continued on the roadway where it collided with a metal barrier on private property at Skyline and Gateway North.

The victim was transported to University Medical Center with Minor injuries sustained from jumping out of his vehicle.