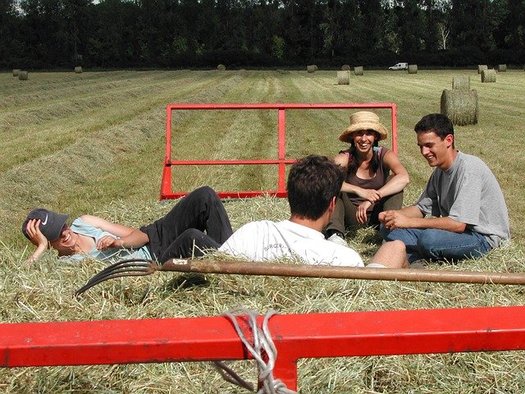 A new pilot program in Texas is teaching college students about the agriculture industry and career options they might not otherwise have considered. | Photo courtesy onlfox/Pixaba

AMARILLO – The American Farm Bureau Federation hosts more than 100 college level chapters across 35 states, but this is the first time its program has been introduced in Texas – to attract a new generation to farming.

Junior Kaysi LaPoint knew her favorite childhood moments were spent on a farm, and she’s leveraging that insight to lead one of the first chapters of the Collegiate Farm Bureau at West Texas A&M University.

A Colorado native, LaPoint visited a farm owned by her extended family as a child. She’s now studying animal science and agriculture business and economics, and attending conferences to learn as much as possible.

“I got to talk to peanut farmers, rice farmers,” said LaPoint. “You know, these commodities we don’t grow in Colorado. So, hearing from those different producers and getting their perspective is really neat.”

Whit Weems, director of organization with the Texas Farm Bureau, said the program is valuable because college students can network with others who like the idea of farming, or finding an ag-related job that fits their skills.

“You don’t have to be an ag major to be in the Collegiate Farm Bureau program,” said Weems. “There’s opportunities in agriculture beyond just the farm. There’s so many different sectors to agriculture and supporting roles.”

LaPoint said it still surprises her when people her age don’t know where their food comes from.

“I had a classmate in middle school who said, ‘Wait! Raisins and grapes are the same thing? I thought raisins were their own plant,'” said LaPoint. “And people who think pickles and cucumbers are two different things.”

As older producers on farms and ranches retire, the U.S. Department of Agriculture says only about 2% of Americans now work in the agriculture industry – and the average age of an American farmer is about 57.

Support for this reporting was provided by Lumina Foundation.