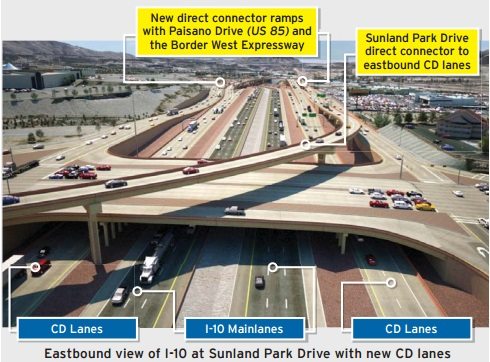 Just about a year into the multi-million dollar Interstate 10 reconstruction project, officials with the Texas Department of Transportation here in El Paso continue to explain the project and help motorists find routes around the the work.

Known as Go10 Project, the information is available via a website or a facebook page that were first launched late last year. In addition to the social media sites, motorists can get updates via twitter or email, simply by signing up at the site.

The project is slated to be completed in 2019 and encompasses the infrastructure reconstruction of Interstate 10 (I-10) on El Paso’s Westside, between the Executive Center Boulevard and North Mesa Street (SH 20) exits.

• The construction of collector-distributor lanes through the corridor