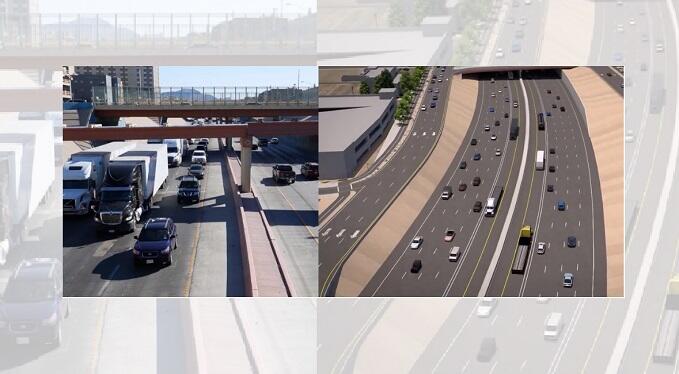 “This particular stretch of I-10 is a significant segment of El Paso’s interstate,” said TxDOT El Paso District Engineer Tomas Treviño, “not only does it encompass the heart of the city; it’s also in critical need of attention due to the condition of the pavement and improvements required on overpasses. While there are many operational improvements that can be made to address transportation needs, the best alternative will be reached through robust public input.”

The project is the first to stem from the District’s Reimagine I-10 Study and covers 5.7 miles (approx.) on I-10 from Executive Center Boulevard to State Loop 478 (Copia Street).

TxDOT officials share that, based on input received during the last round of public outreach in 2020, TxDOT developed and evaluated several conceptual alternatives, and identified viable alternatives (including the No Build Alternative) to carry forward for further evaluation.

The purpose of this second public meeting is to present the project progress and solicit input from the public on the preliminary alternative analysis and viable alternatives.

Some alternatives would require additional right of way that could result in impacts to businesses and residential properties, displacements, impacts to historic districts and historic places/properties, and other environmental impacts.

The VPM will be available online beginning Wednesday, February 24, 2021 at 5 p.m. (MST). To access the VPM, the public should visit the Reimagine I-10 website and/or www.txdot.gov (keyword: “Downtown 10”) at the time and date. The meeting will consist of a virtual room and will include both audio and visual components. It will remain available for viewing, at the web address indicated above, until Tuesday, March 16, 2021, at 11:59 p.m. (MST).

Ccomments may also be submitted by email to Downtown10@txdot.gov or through the VPM Site.

All comments must be received, emailed, or postmarked on or before Tuesday, March 16, 2021.