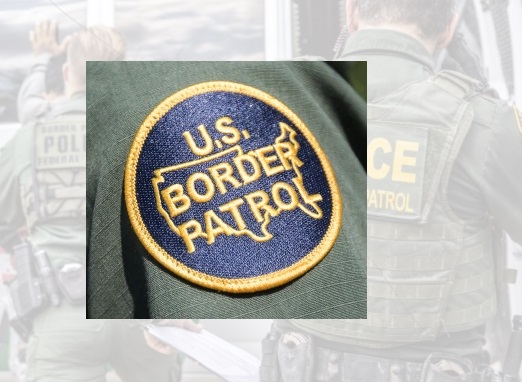 SANTA TERESA, N.M. – Officials with the U.S. Border Patrol announced Tuesday that one of their own saved a woman stranded in the desert, in the midst of the region’s frigid winter weather.

According to officials, on February 15, agents responded to a call for help received by Dona Ana Sheriff’s Office regarding two people stranded in the desert.

Upon arrival, the agent noticed that the woman was exhibiting signs of hypothermia. The agent immediately requested the dispatch of Emergency Medical Services (EMS) to the area and began to render aid to the unresponsive female.

After stabilizing the woman, the agent carried her a half-mile to his vehicle. EMS then transported her to a local hospital, while the agent then took the man into custody.

USBP officials add that the common law couple were admitted for medical treatment, and  later tested positive for the COVID-19 virus. As a precautionary measure the responding agent has quarantined and is following the recommended CDC protocols.

“Although I’m extremely proud of the heroic actions by our agent, this event once again illustrates the high risks of COVID-19 exposure that exists for our Border Patrol agents,” stated El Paso Sector Chief Patrol Agent Gloria I. Chavez.

“Our agents will place themselves in harm’s way, go any length, to render aid to those in need, not knowing the victims are COVID-19 positive.  Now we will take measures to quarantine our agent, sanitize and decontaminate the vehicle, and ensure our agent gets tested due to the COVID-19 exposure.”