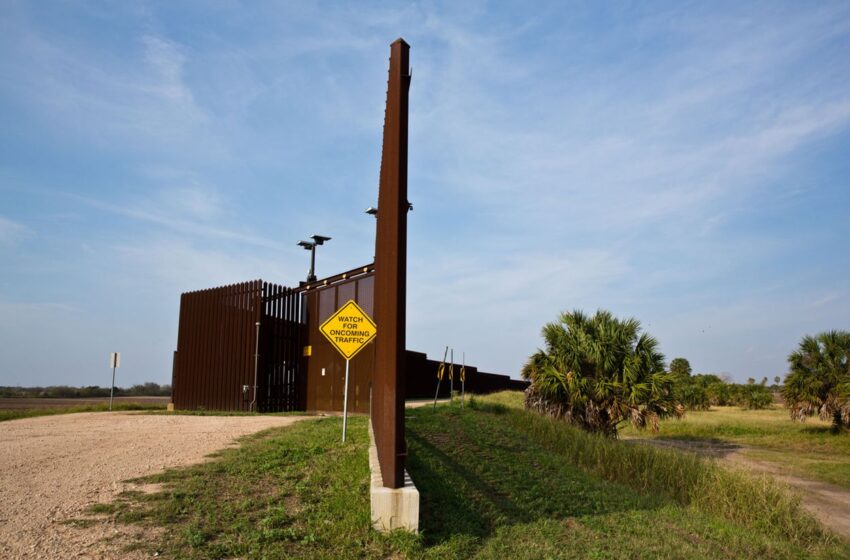 House Republicans are aiming to meet President Trump’s latest request for his border wall — $5 billion for 2019 — setting up a potential showdown with the Senate.

The $5 billion would be included in a House homeland-security spending bill expected to be released Wednesday. The Senate included only $1.6 billion for the wall in its version of the bill last month, a figure that displeased Trump, who told senators he might shut down the government this fall if he does not get more.

Administration officials and House Republicans are holding discussions about the precise figure and what the money would be spent on. Trump never formally requested $5 billion for the wall, instead communicating the number privately to lawmakers in recent weeks.

Rep. Charles J. “Chuck” Fleischmann (R-Tenn.), a member of the House Appropriations subcommittee on homeland security, said he anticipated $5 billion that would be allocated for “wall plus” — meaning physical barriers in some spots, as well as other security mechanisms in places along the 2,000-mile U.S.-Mexico border where a wall might not be practical.

He and other Republicans acknowledged it might be a struggle to get their number through the Senate. Members of the Senate Appropriations Committee have been writing their spending bills on a bipartisan basis this year, while House Republicans are proceeding on their own, without Democrats.

“It’s got to start somewhere, and if we start in the House and get that out there it gives us a starting point,” Fleischmann said. “You’ll at least have the House and the White House lined up.”

Rep. Nita M. Lowey (D-N.Y.), the top Democrat on the House Appropriations Committee, said the $5 billion figure was a non-starter given numerous other needs in areas such as education and health care.

Republican lawmakers hope to avoid a government shutdown. Current funding bills are set to expire Sept. 30, just ahead of the November midterm elections in which the GOP will try to keep control of Congress.

Thorny issues such as wall funding and an unrelated fight over spending on veterans may remain unresolved at that point, and lawmakers widely expect that Congress will have to pass a short-term funding extension to keep the government running through Election Day.

The remaining issues could then be hashed out in a lame-duck session.

During his presidential campaign, Trump repeatedly promised that Mexico would pay for a wall along the border, but thus far that has not happened.