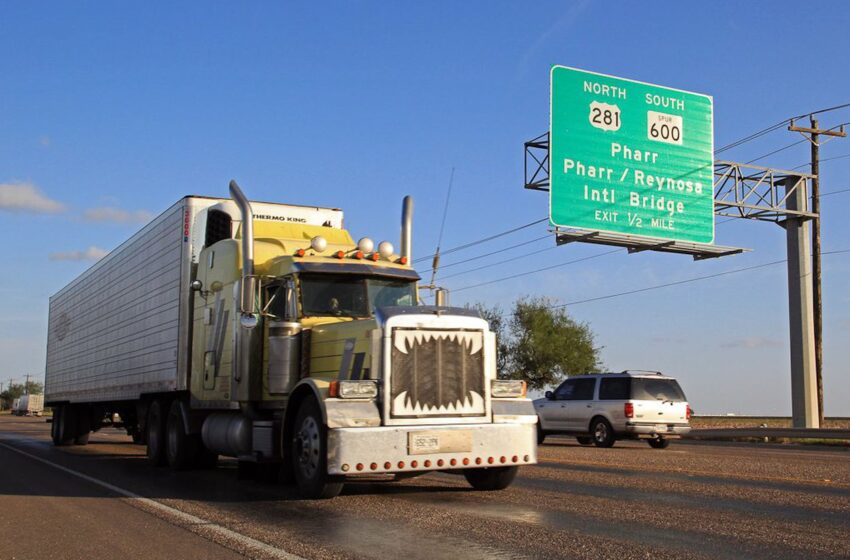 Trump administration officials reached a partial accord with Mexico on the terms of a new North American trade deal, including a provision that would require more auto manufacturing in high-wage factories, according to three people briefed on the agreement.

The deal is the most significant step toward a new agreement since talks with Mexico and Canada began one year ago. But negotiators remain far from finishing their work.

Trump, in a Twitter post on Monday, wrote that a major accord with Mexico could be imminent, writing, “A big deal looking good with Mexico!”

The president was due to make an announcement from the Oval Office on Monday morning. Trump has held formal announcements for incomplete trade deals before.

“We’ve reached an agreement on all the key issues,” one official briefed on the talks said.

But the agreement left unresolved a number of contentious U.S. demands, and Canada, which has not participated in the deliberations for five weeks, must sign on before a new North American trade deal is complete.

As U.S. negotiators turn to bringing Canada back into the talks, Canadian Foreign Minister Chrystia Freeland is expected to arrive in Washington later Monday or Tuesday morning. The aim is to have a “handshake deal” among the three countries by the close of business Friday, an official familiar with the talks said.

A spokesman for Freeland said Canada was “encouraged by the continued optimism shown by our negotiating partners” but made clear that a final agreement would require careful review and more discussions.

“We will only sign a new NAFTA that is good for Canada and good for the middle class,” the spokesman said. “Canada’s signature is required.”

If Canada doesn’t sign off, it is unclear what Trump might do, as he has threatened to try to cancel the entire trade pact.

But if Canada does agree to a new deal, it would allow Trump to officially notify Congress that a deal had been reached, starting a 90-day clock under the rules governing the American president’s trade negotiating authority and allowing Mexican President Enrique Peña Nieto to sign the deal before his successor, Andrés Manuel López Obrador, takes office Dec. 1.

López Obrador has been supportive of the negotiations but would be likely to seek changes if the treaty is not completed before he assumes the presidency. His concerns about cementing Mexico’s energy privatization in a new NAFTA were among the final sticking points in the talks.

With only five days remaining for the United States and Canada to iron out their differences, negotiators realize they have exhausted all their wiggle room. “Realistically, it’s certainly tight,” the official said.

Larry Herman, a Toronto trade lawyer and former Canadian trade negotiator, said Canada has “every right” to examine the details of what was agreed to between Mexico and the United States and will then decide how to proceed.

“I think it’s appalling that Canada has been kept at arm’s length from these talks over the past number of weeks,” Herman said.

While Herman said he would expect Canada to resume participation in the talks, “there’s no way a NAFTA agreement can be ready for signature by the end of this month. It’s not going to happen.”

White House officials had insisted that the new NAFTA deal would have to expire after five years, a sunset demand that both Canada and Mexico had rejected in recent weeks. It could not be learned whether Trump administration officials had backed down from this demand or whether it would be part of the final discussions.

Trump has made renegotiating NAFTA a centerpiece of his economic and foreign policy agenda, arguing that the aging trade deal disadvantages American workers by luring U.S. jobs and companies overseas.

This approach has alarmed many Republicans, who support NAFTA’s free trade roots and worried about how Trump’s approach would impact farmers. But Democrats have mostly been split, as some agreed with Trump’s focus on manufacturing jobs but others worried about Trump’s take-it-or-leave-it negotiating style.

Even if Trump cuts a final deal with Mexico and Canada, Congress will likely have to vote to approve any changes.

In an effort to force both Mexico and Canada to agree to a new deal, Trump has imposed tariffs on all steel and aluminum imports from their countries and suggested that he would waive these tariffs only if they make concessions as part of a new trade deal.

Talks have dragged on for months, at times becoming quite personal, particularly when Trump hurled a series of insults at Canada’s prime minister, Justin Trudeau, leading many to believe that a deal would ultimately prove out of reach.

But it was Mexico that offered Trump the best opening in recent weeks.

In recent days, U.S. and Mexican diplomats reached agreement on key elements of a new treaty, including an increase in the percentage of each car — to 75 percent from the current 62.5 percent — that must be made in North America to qualify for duty-free treatment.

The two sides agreed to a provision that would require a significant portion of each vehicle to be made in high-wage factories, a measure aimed at discouraging factory jobs from leaving the United States for Mexico.

Negotiators also resolved a dispute over how to treat cars and trucks produced in Mexican plants that do not comply with the new treaty’s content rules. American companies importing those vehicles will pay a 2.5 percent tariff.

“What most of us are focused on now is: what happens next?” said Dan Ujczo, a trade attorney with Dickinson Wright.

Having resolved their major sticking points with Mexico, the Trumpadministration is now expected to press Canada to accept quickly the consensus terms. But Trudeau, whom Trump criticized in harsh terms following the Group of Seven summit in Quebec in June, does not want to be viewed at home as conceding to the unpopular American president.

“Can we actually get a deal done with Canada when they’re negotiating with a gun to their head and a ticking clock?” Ujczo said. “Canada’s got some choices to make.”

Another long-standing point of contention was the U.S. demand that the treaty sunset every five years unless explicitly reauthorized by the three governments. Business leaders complain such language would make it too difficult to plan future investments.

“The competitiveness of North America will be diminished if companies fear the rules are at risk of constant change,” the Information Technology Industry Council said Friday. “These potential provisions risk jeopardizing the incentives for businesses to innovate, invest, hire, and produce across North America.”

The NAFTA renegotiation has been a rocky one. The president over the past year repeatedly lambasted the original 1994 treaty, calling it a “bad joke” and blaming it for the loss of millions of American factory jobs.

One year ago, U.S. Trade Representative Robert E. Lighthizer kicked off the negotiations by calling for a major overhaul of trade rules to take account of nearly a quarter-century of economic changes and to rectify the imbalance in trade between the United States and its southern neighbor.

Trump, he said, was “not interested in a mere tweaking of a few provisions.”

Though trade deals are complex affairs that typically require years of glacial bargaining, administration officials initially hoped to finish the job by the end of 2017. They failed to meet that ambitious timetable and also blew through revised deadlines for the end of March and late May.

This time, the deadline may be real, given a congressional requirement for 90 days notice of an impending trade deal. If the administration doesn’t formally notify Congress that it has reached agreement with both Canada and Mexico by the end of August, Peña Nieto, the outgoing Mexican president, will not be able to sign it.

Negotiators want to get a deal wrapped up before López Obrador, who might demand additional changes, takes office.

Alan Freeman in Ottawa contributed to this report.