While living in New York City, back in the early 90’s, I met Doug Simmons, the editor of the Village Voice. We had a brief conversation in which I shared my desires to be a photojournalist, as well as a writer.

He offered me a piece of advice, on how to interview, that I still use today.

“Everyone has a story,” he told me. “Your job is to find the story that people want to tell, and the world wants to read.”

“Always give the person you are interviewing the last word,” is the advice Doug gave me. “By doing that you may discover an entirely different story.”

Last week, while sitting with Yvette Macias of Chewy’s Animal Rescue, I witnessed Doug’s advice play out. I found an entirely different, yet a connected story.

Yvette has an amazing love for animals. Love that took her to Rockport, Texas to help those animals who were affected by Hurricane Harvey. In fact, she is sheltering the cutest dog until she can make her way back to Rockport.

“I’ve been rescuing animals for as long as I can remember,” says Yvette. “When I was a little girl I would make my parents pull to the side of the road if I saw a stray or a dog walking down the side of the street. I wanted to take it in, make sure it was okay until we found the owner. That just carried over into my adult life. That’s where we find ourselves today.”

Right now, they have the coolest little Scottie dog named Sparky (the one from Rockport); Canelo is an amazing dog with a ton of energy. Lastly, there is a rabbit that they have in as a rescue.

Yvette told me that, “it is important to rescue animals, for me, because they can’t tell you they are hungry, they are hurt, I’m sad. They have no voice to let us know how they are feeling, and some people take that as a free for all to do whatever they want with them. They don’t deserve that”

She’s right. They don’t deserve that.

I’ve rescued my fair share of animals. There was KXCR the Jazz Cat who I found outside the studios, the cat a friend brought to me after it was hit by a car (my sister, Nancy and I took this poor guy to the emergency vet to see what could be done. Sadly, the cat died not long after we arrived). More recently, there are the six cats that live under my house.

“It is important to rescue animals, for me, because they can’t tell you they are hungry, they are hurt, or that they’re sad,” Yevette said. “They have no voice to let us know how they are feeling, and some people take that as a free for all to do whatever they want with them. They don’t deserve that”

It’s also important to take them in, to rehabilitate them and re-acclimate them to life in a family once again. Think of an animal has been chained and abused its whole life. What future do they have if they cannot get used to people being around them again?

Yvette said that we have a responsibly to these animals. “Whether you believe in God or not,” she said, “we have a responsibility to animals because we are the ones who domesticated them. So, they rely on us.”

Then there are those who like to give animals as novelty gifts. People who feel it’s okay to give a rabbit on Easter, or when 101 Dalmatians came out, and suddenly everyone was buying one for their children. What happens when the kid’s no longer wanting to take responsibility in caring for the animal, or the novelty wears off?

Far too often the animal may simply be dumped out in the desert, or as I’ve seen, in the parking lot of the church after dark.

“Our mission is to educate the public on animal welfare issues,” says Yvette, “on spay and neuter, basic pet care, and to aid families that need help with feeding their animals, or any basic care for their animal.”

“Our second mission is to make sure that each animal we are confronted with, that we cross paths with is led to a loving home.”

They are making a difference. They maintain a pet food pantry. If someone needs help feeding their pet, they can contact Chewy’s. If they need bowels, a leash, or other items, Chewy’s can help. All they need to do is contact them and request an application.

Chewy’s is a group that will make a positive change. That change will not only be found in the animals they help, but the people that meet them, and adopt a pet in need of a home.

Now, this is where the second, connected story starts. One of the things I afford everyone I talk to is the final word. I ask them what would they like to leave all of us with. Yvette left this to her husband, Ernie Dominguez.

Before that, before he gave me those closing words, Yvette said something that has stayed with me since our interview.

“I would not be able to do this without him [Ernie]. I need to say this because he is such an amazing person. We are pretty much out of funds, so his work is what is paying for this rescue service. If it wasn’t for him, I would not have been able to go to Houston or Rockport and help animals in need there because he completely funded that trip.”

“If you want unconditional love, get a rescue dog.” Ernie.

But the story continued from there, as we were just talking and catching up.

After the recorder was turned off, and the interview was over, we sat and visited for about two hours. That’s when I began to learn something more about Yvette, Ernie, and her family.

Yvette’s daughter is another one that loves animals and wants to do all she can to better their lives. Each birthday, since she was ten, she has asked that people not bring her gifts. She requests people make donations to an animal shelter, or bring items that can later be taken to the animal rescue she selected for help that year.

When I was ten years old, going all the way back to 1980, all I wanted was GI Joe toys and an Atari. I didn’t have an altruistic bone in my body at that point. But, here is Yvette, and her daughter thinking of helping animals from a young age.

What were you thinking of when you were ten?

That’s not all I learned. Ernie said that if you want to know unconditional love, then you should get a rescue dog (or cat). He’s right. It’s a great way to have companionship in your life.  (That’s how I ended up with my cat, Shanti. I adopted her at Pet Smart two years ago this December.)

But I noticed something about Yvette and Ernie. Something you don’t see all too often between two people.

Starting a non-profit is not easy. Oddly enough, it’s not cheap either. Yvette shared with me that at one point she had told Ernie that she was going to stop what she was doing and go back to work.

“There are bills to be paid,” she had told him. He told her no.

Ernie has a love for Yvette that seems to be almost historic. The kind of love that stories and poems are written about. He loves her. His love supports her and her mission of getting Chewy’s off the ground.

In turn, she loves him enough to give up her dream to make their lives easier. I think the right choices were made.

Together Yvette and Ernie are sharing the incredible love they share with the animals they save. That love drives them to make the lives of these animals just that much better, and by doing so, the families that adopt these four-legged bundles of love. 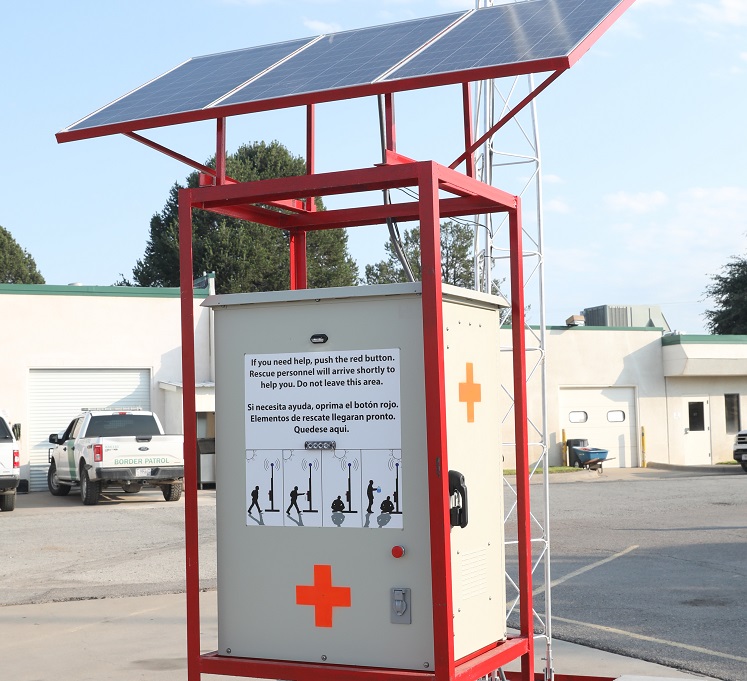