“Build the Wall,” those were the energized words from Donald Trump’s campaign back in 2016.

Countless times during the campaign, then candidate Trump promised to build a “great and beautiful” wall in response to the “crisis on our southern border.”  The wall would span the border’s entire 2,000-mile length.

Five days after President Donald Trump was sworn in, at the Department of Homeland Security headquarters, he announced the executive orders to begin constructing the U.S.-México border wall.

With the order, the United States would “get back control of its borders,” said Trump during the press conference three years ago.

This week, as Arizona, Alaska, North Carolina, Georgia and Pennsylvania finished their vote-counting process and the electoral certification process begins marking the end of the election cycle, what is the fate of the Border Wall?

President-elect Joe Biden said once in office he will stop constructing the border wall, but his administration will leave in place what has already been built. The move represents a dramatic reversal to the 2016 Trump signature’s campaign.

According to the Dallas Morning News, the construction of this border wall has cost $15 billion. Congress has only provided $4.5 billion, 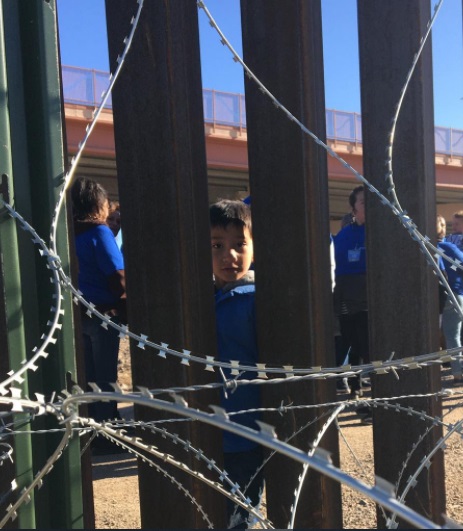 and contrary to the Trump campaign premises, México hasn’t contributed any money toward the construction of the border wall.

In 2017, followed by Trump’s executive order to start building the border wall, the then president of México, Enrique Peña Nieto, put up a statement saying México “will not pay for any walls.”

“I regret and condemn the decision by the United States to continue building a wall which for years has divided rather than united us. Mexico does not believe in walls,” said former Mexican President Peña Nieto.

As of now, there’s not sufficient proof that México has directly contributed to the construction of the border wall.

The current Mexican president, Andrés Manuel López Obrador, has said he will not “engage” in that conversation with President Donald Trump.

“I’m not going to confront [the American government] on this subject [the wall], we don’t even want to mention it,” said López Obrador in a press conference.

Most of the funding for building the wall has come from the Senate, even though both House and Senate had voted against the national emergency at the southern border issued by President Trump.

In 2019, the President ordered funds to be diverted from the Pentagon, including $3.6 billion in military construction funds.

As a result, the U.S. Supreme Court is expected look into to President Trump funding for the wall, which – according to the 9th Circuit Court  – was unlawful.

Chad Wolf, the acting Secretary of Homeland Security, said in a statement in October they aim to complete 450 miles by the end of the year and currently have nearly 210 miles under construction.

“Over the years, thousands of Americans have been brutally killed by those who illegally entered our country and thousands [of] more lives will be lost if we don’t act right now,” said Trump at a press conference in 2017.

In fact, a week before the elections, President Trump proclaimed November 1st as the “National Day of Remembrance for Americans Killed by Illegal Aliens,” in “honor” of the American citizens who lost their lives to undocumented “criminals.”

In this release, president Trump disclosed his administration is “on pace” to complete over 500 miles, an amount that still falls short compared to what he promised during the 2016 election campaign.

According to Customs and Border Protection, the Border Wall system has 371 miles completed as of November 13th.  Although the wall is still under construction and the Trump administration has about nine weeks left.

Regardless of Joe Biden’s campaign promise to halt construction, the days of border wall construction are numbered and President Trump’s promise of a “great and beautiful” wall will go unfulfilled.