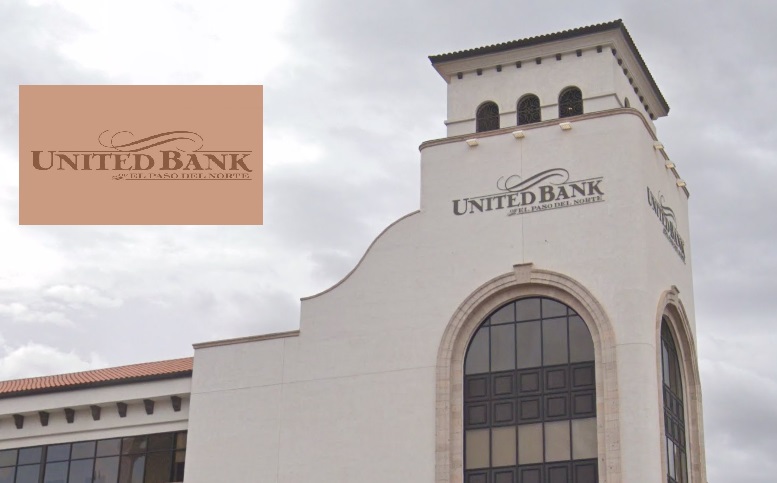 George Bailey, Chairman of the Board of Directors of United Bank of El Paso del Norte (United Bank), Thursday announced the appointment of its new board members.

The board is responsible for overseeing the financial operations of the bank, as well as providing compliance with federal regulators. It reports to the board of Southwest United Bancshares, Inc., the bank’s holding company, which represents the interests of its stockholders.

Bailey is a retired Vice President of Phelps Dodge Mining Company and a founding organizer and shareholder of United Bank. A native El Pasoan, he is the former President of the Yucca Council – Boy Scouts of America, former Executive Vice President of the El Paso Chamber of Commerce and recipient of UTEP’s Gold Nugget award from the College of Engineering.

The other Board members include:

Susan Austin is an attorney serving as Chief Counsel for the Ysleta Independent School District.  She has extensive civic and board experience with the YWCA, Junior League of El Paso, El Paso Coalition for the Homeless, Leadership Texas, El Paso Community College Foundation and the Paso del Norte Health Foundation’s REALIZE program. She is a founding shareholder of United Bank.

David Calleros is a Certified Public Accountant and audit partner at Croucher Hackett Calleros & Co PC. He is a member of the AICPA and Texas Society of Public Accountants with over 25 years of experience in public accounting. He is a former member of the State Bar of Texas Grievance Committee and former director of the Willie Cager Youth Basketball Foundation.

James S. (Jay) Inzer III is the president and owner of LD Supply Company, Inc. in El Paso, Texas and Albuquerque, New Mexico. He has been active in the janitorial, sanitation and commercial laundry industry for the last 20 years and serves on the national industry board, Fabricare Choice Group. Jay is active in the El Paso community, supporting multiple non-profit organizations such as the Rescue Mission of El Paso and Kid’s Excel.

Jaime Lowenberg has been involved in numerous business ventures, primarily in financial and managerial roles. He has held the positions of Corporate Controller and CFO for various business entities. For more than 20 years, Jaime has served on various non-profit organizations in El Paso and is very involved with the Lee & Beulah Moor Children’s Home. He is a founding shareholder and past Advisory Director of United Bank.

John Martin has been in the title insurance business for over 35 years and is the founder and leader of Lone Star Title of El Paso. He is very active in many facets of the El Paso business community and is involved with several area non-profits. John served as Chairman of the Board for Alliant National Title Insurance Company from 2010-2017 and is a past president of the Texas Land Title Association.  He has been a licensed Texas real estate broker since 1985.

Patricia A. “Patsy” Parker is a founding shareholder of United Bank and is a retired healthcare administrator with more than 30 years of experience as a Master-prepared nurse. She is certified in Advanced Nursing Administration and is a Medical Legal Consultant. Patsy has served on numerous boards including the American Heart Association, Hospice El Paso, the Women’s Resource Center and the Rotary Clubs of El Paso and Ruidoso.

Norm Peters, President of United Bank, has over 30 years of experience in El Paso’s financial market as well as an extensive professional background. He has served on numerous community boards including the Rotary Club of West El Paso, YMCA, El Paso Chamber of Commerce, UTEP Family Business Forum, Candlelighters of El Paso and KCOS Public Television.

Patrick Smith, Chief Financial Officer at United Bank of El Paso del Norte, has over 30 years of experience in finance and banking. Previously, he was instrumental in helping financial institutions recover from the great recession. He has worked at banks in Florida, Texas and New Mexico. Patrick has been involved with the YMCA, Toastmasters International and the Audubon Society.

Joshua Whitehurst, Chief Operations Officer of United Bank, has been with bank for 14 years and has 20 years of experience in the finance industry. Josh also works with and supports the Center Against Sexual and Family Violence and the local Veterans Food Bank. He has worked with many local community centers and currently serves as the Chairman of the Finance Committee and current Board member for Goodwill.