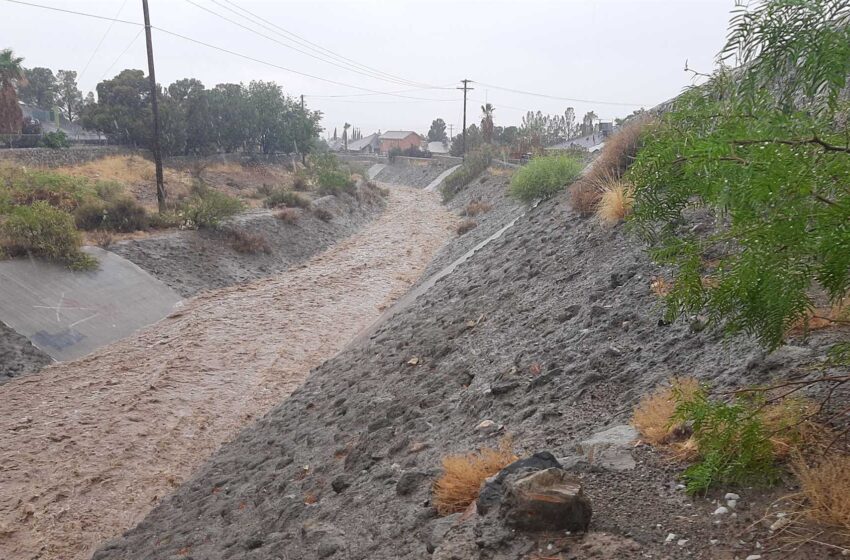 El Paso Water and the U.S. Army Corps of Engineers (Corps) will soon sign an agreement for the Corps to conduct a $3 million, 3-year feasibility study of the El Paso’s Central Cebada watershed to determine how to best reduce risk from flooding and reduce flood damage.

“What is fantastic about this program is there’s an opportunity for the Corps to potentially fund 65% of the design and construction costs of needed flood control projects based on the outcome and recommendations of the study,” said EPWater President and CEO John Balliew. “That could mean millions of federal dollars in flood control investment here in El Paso.”

The feasibility study will run models on flooding dynamics in the Central watershed and audit the Central drainage system to evaluate alternative solutions. In the end, the Corps will produce a Chief’s Report of findings and recommendations for congressional consideration.

Central El Paso has been hit hard this monsoon season with record rainfalls in localized areas. “On August 12, Central El Paso received 3.2 inches of rain in one hour,” said Jason Laney, Warning Coordination Meteorologist with the National Weather Service. “This is equivalent to a 230-year storm.”

El Paso Water has documented damage to 65 stormwater channels, ponds, and other parts of the system across the city from this year’s storms.

For this federal fiscal year, the Project for Flood Damage Reduction Feasibility Study was one of only eight new studies selected nationwide to receive funding under a highly competitive program that requires support from all levels of the Army Corps of Engineers as well as from Congress.

“We owe a special thanks to our Congressional delegation – Rep. Escobar, Sen. Cruz and Sen. Cornyn – for championing this project,” said Balliew. “We also want to thank Borderplex, the El Paso Chamber and Marathon Petroleum for writing letters of support.”

“Partnerships with entities like the Corps are crucial to keep stormwater fees affordable for El Paso Water customers,” said Balliew. “We have completed $216 million in projects in the stormwater master plan, with over at least $450 million remaining. If we wanted to complete all the projects in the master plan over the next 10 years, it would require a 240% increase in fees. We know that’s not realistic for our customers.”

Utility officials add that the current stormwater fee for the typical residential customer is $4.51/month. This is lower than the initial fee of $4.75/month when the utility was created in 2008. Due to strong community pushback, the fee was lowered, and has only been raised slightly over the years.