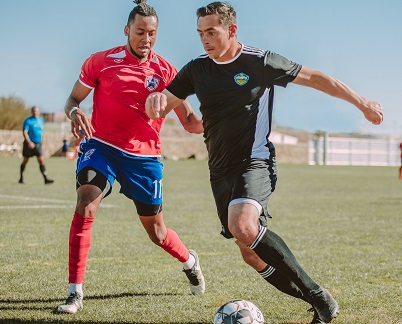 “To have the opportunity to bring in a player of James’ caliber and experience is going to serve our group well over the course of the season. He has a lot of USL appearances, and was a key figure in a Sacramento team that not long ago were the best team in the league,” said Head Coach Mark Lowry.

“He is a winner, and he has a desire to win more things, which fits in perfectly with the characters we already have here.”

In 2017 he was named to the USL All League Second Team and was in the running for “Defender of the Year.” Kiffe held a 75.6 percent tackle success rate and a 79.5 percent pass success rate in the 2017 season, registering a career-high six assists in the regular season.

Kiffe played his collegiate soccer career with the University of California Santa Barbara from 2009-2011. While attending university, he played with Ventura County Fusion, formerly of the PDL now a member of USL League 2.

Kiffe played with Fusion from 2011-2014, before signing with Sacramento Republic.