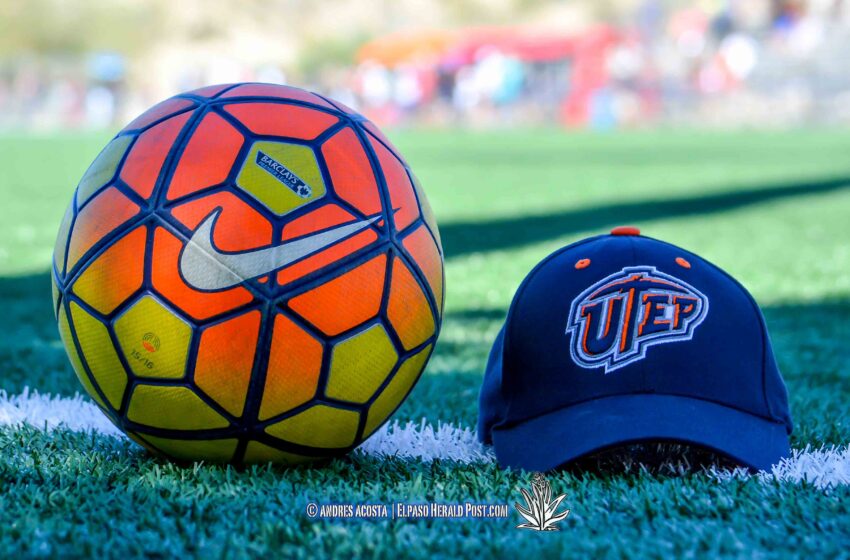 Sophomore Yesenia Contreras (43’) scored her second goal of the year and the defense did the rest in UTEP’s 1-0 vanquishing of UTRGV at University Field Sunday afternoon. The Miners cap non-conference play at 7-1-2 overall, with eight shutouts.

Aleah Davis and Aylin Villalobos were credited with helpers on Contreras’s goal, which was the first conceded by the Vaqueros (5-1-2) since Aug. 21. UTRGV entered the match well rested and on a five-match unbeaten streak (4-0-1).

Sophomore GK Alyssa Palacios delivered four saves in the match, including a sensational diving stop on a shot (88’) from six yards out by Sarah Bonney.

Shots were 11-10 in favor of the visitors, but the Orange and Blue enjoyed a 6-4 edge in shots on goal. Vaquero netminder Kinga Szemik made five saves in the losing effort.

“Wins are always hard to come by,” UTEP head coach Kevin Cross said. “I don’t think we played our sharpest game today. We need more energy, to play consistently from Friday to Sunday.”

UTRGV created the first shot on goal (3’) of the game with a try by leading scorer Andreya Barrera. Palacios stared the shot all the way down and collected cleanly at the near post. Palacios was called upon again in the seventh minute, using her left hand to push an upper 90’s shot from Diandra Aliaga over the bar. She then punched away the ensuing corner kick service.

There was a scary moment in the 11th minute when Nicole Lindsay sustained a cut to her head after she was fouled on an unfortunate challenge by an UTRGV player. Lindsay received medical attention and returned later in the first half.

The Miners strung together three straight passes to generate an outstanding opportunity that appeared to lead go the game’s first goal but it was negated by an offside call.

There was a beautiful ball into space by Davis that seemed to spring Jeanna Mullen but to its credit the UTRGV defense recovered and won the 50/50 ball.

Lindsay showed off her toughness not only by being back into the game but by making an impact. She fired a shot (29’) but Szemik tracked it well to make the save. Two minutes late there was nice pace on a low, hard shot from Lauren Crenshaw. It gave Szemik some difficulties but she stuck with it for the save.

Payton Ross got after it with some outstanding one-on-one defense to steal the ball in the box and clear it from harm’s way in the 37th minute. Four minutes later Jodie Enokson did some nice work in the air to head away a service on UTRGV’s second corner kick of the game.

The Miners then turned up the heat with their attack, with the pressure overwhelming the Vaqueros. Off a long throw in by Davis, Villalobos tapped it to Contreras who hammered the shot into the lower, left corner.

UTRGV earned another corner kick early in the second stanza but Kennadie Chaudhary and Alexa Bain teamed up to control and eventually clear away the service.

On a counter attack, there was some fancy footwork and dribbling by Lindsay. She deked past the defender and sent a cross to Bri Barreiro, but her shot whistled over the frame. Crenshaw played textbook defense in the 63rd minute, shielding the UTRGV attacker and using the sideline wisely to gain a throw in.

Nine minutes later Aliaga appeared to have some space to operate with but the Miner defense did a nice job of applying enough pressure to harass her shot wide of the frame.

UTEP had an outstanding chance at an insurance goal after a foul set up a free kick just outside the box. Barreiro used great touch to elevate the shot over the wall only to have Szemik make a leaping save. On the ensuing corner kick, Davis’s header try was inches high.

The Vaqueros made one final push to find the equalizer, but Palacios’s wonderful positioning and anticipation foiled that plan.

The Miners will be idle on Friday before kicking off their 10-game Conference USA slate by playing at UAB (12 p.m. MT, Sept. 25). The contest will be the first of three straight away from home to christen league play, something UTEP hasn’t done since 2012 (four in a row.)