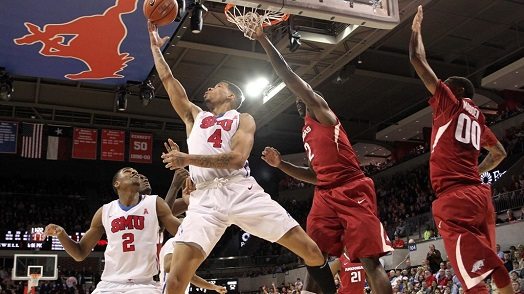 UTEP has bolstered its backcourt for the 2017-18 season with the addition of former McDonald’s All-American Keith Frazier to the roster.

The graduate transfer was admitted to school on Tuesday and will have one year of eligibility with the Miners, pending the approval of a medical redshirt for the 2016-17 season.  He will be pursuing his Master’s degree in leadership studies.

“We are looking forward to integrating Keith into what we think can be a very fine basketball team,” UTEP coach Tim Floyd said.  “He is going to bring some experience, and some winning experience from his days with Larry Brown at SMU.  He is a proven scorer, and a very versatile player who can play multiple positions.  We are adding another perimeter player who can shoot the basketball.  We look forward to working with Keith and hope he has a great year for the Miners.”

He played his prep ball at Kimball High School in Dallas.  Frazier garnered McDonald’s All-American honors as a senior after averaging 23.2 points, 6.2 rebounds and 6.3 assists while shooting 43 percent from three-point land for the 4A state finalists.  He was also an All-State honoree, was rated as high as no. 18 nationally, and was appointed the Dallas Morning News Area Player of the Year.

Frazier led Kimball High to the Class 4A state title as a junior, averaging 21.7 points, 8.1 rebounds and 7.3 assists.

During the 2014-15 campaign, he recorded his first career double-double versus Illinois-Chicago with 16 points and 10 rebounds, and scored 20 points against UC Santa Barbara.