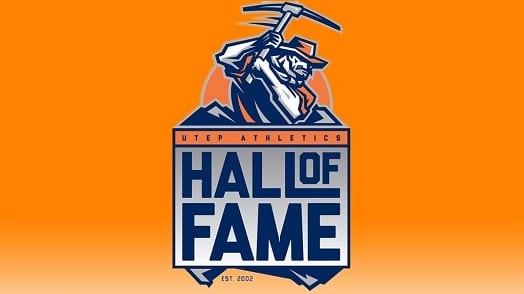 On Wednesday, Officials with UTEP announced the 2018 Athletics Hall of Fame Induction Class.

All were voted in by UTEP’s Athletics Hall of Fame selection committee.

Members of UTEP’s 16th Athletics Hall of Fame Induction Class will be honored in a ceremony at the Larry K. Durham Sports Center on Friday, September 21, as well as at UTEP’s football game versus NM State on Saturday, Sept. 22.

A member of the UTEP softball team from 2008-12, Carrera led the nation with 32 home runs as a senior.

Hughes, who played for the Miners from 2006-09, was the catalyst on the first NCAA Tournament team in UTEP women’s basketball history (2008).

She led the Miners to 84 wins in four years, including the 2008 C-USA regular season title.  Hughes is a member of UTEP’s Centennial Women’s Basketball Team.

The final starter from the 1966 Texas Western national championship team to be inducted into the UTEP Athletics Hall of Fame, Willie Worsley averaged 8.0 points as a sophomore that season.  He lettered for TWC from 1965-68.

Worsley scored 14 and 12 points respectively in the Miners’ NCAA Tournament wins over Oklahoma City and Utah, and added eight points in the historic victory over Kentucky.

Wortham, a UTEP football letterman from 1990-93, joined Raymond Morris as the only players to lead UTEP in tackles four times.  He posted 566 takedowns – the top total in school history.  He is also the Miners’ all-time leader in tackles for losses (45).

He was named a first team All-American by the Football Writers Association of America his senior year.  He was a three-time All-American in his career.  Wortham was chosen by Houston in the NFL Draft.  He played seven seasons in the league and started for the Tennessee Titans in Super Bowl XXXIV.

He is a member of UTEP’s Centennial Football Team.