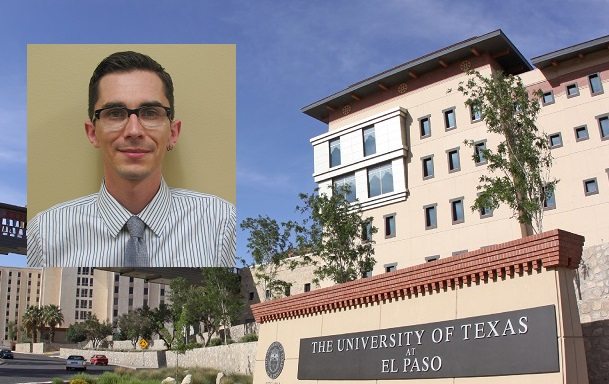 The National Science Foundation has awarded Skye Fortier, Ph.D., assistant professor in the Department of Chemistry, $383,000 over three years to take a closer look at the chemistry of iron and nitrogen.

Specifically, the project is developing new molecular architectures to access, trap, and study reactive iron-nitrogen molecules. The goals are to shed light on the steps of the nitrogen fixation cycle and to use lessons learned to develop important, new nitrogen compounds using earth-abundant iron.

In some soil bacteria, they possess an iron containing enzyme called nitrogenase which captures atmospheric nitrogen and converts it to a more reactive chemical form.  This bacterial process is impressive considering that the industrial transformation of dinitrogen into ammonia is an exceedingly energy intensive process.

Inspired by the role of iron in nature, in particular nitrogenase, the Fortier group has turned their sites to making new iron model compounds to learn more about the intermediates formed in the nitrogen fixation cycle.  They are targeting highly reactive iron-nitrogen compounds and using “super bulky” molecular scaffolds to capture these reactive molecules.

Their work will lead to new methods of iron mediated nitrogen transfer chemistry.

“The lessons that we learn will not only expand our fundamental knowledge of iron but will also give a peak into the chemistry that nature has done so well for so long,” explained Fortier.  “We are extremely thankful to the National Science Foundation for recognizing the importance of our work and providing crucial financial support for this project.”

The Fortier Laboratory in the Department of Chemistry specializes in the synthesis of metal containing molecules.  While people are most familiar with metals in their elemental form, as in hard and shiny coins, metals actually play an important chemical and biological role.

In the human body, the iron containing molecule hemoglobin transports oxygen through our blood while the iron enzyme cytochrome P450 in our livers are important for drug metabolism.