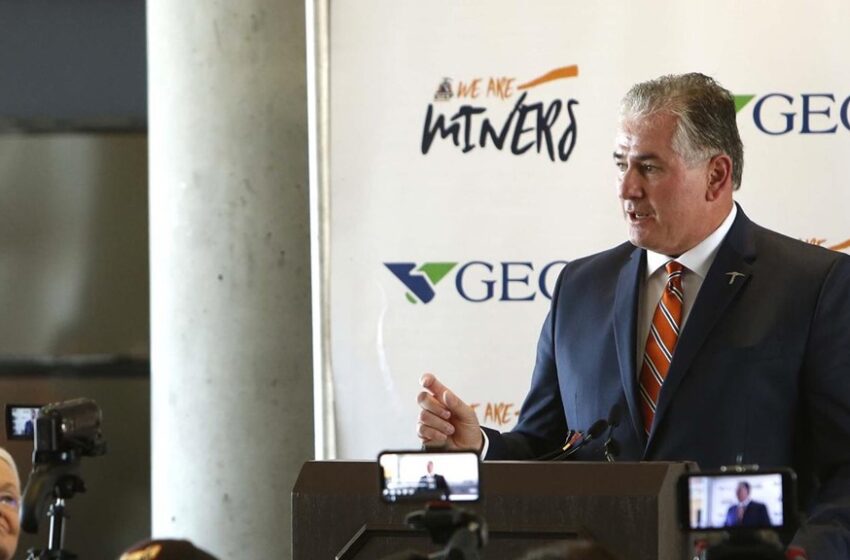 FILE PHOTO – UTEP AD Jim Senter said. “We feel for all of our employees that are impacted by these decisions, which are difficult and unfortunate but ultimately necessary during these turbulent times…”

Officials with the University of Texas at El Paso announced the dates for the initial series of UTEP Athletics Town Hall meetings.

“We’re excited to hear from El Pasoans on ways that we can make their UTEP Athletics experiences better,” Director of Athletics Jim Senter said. “Every person makes a difference!”

The first public Town Hall will be this Friday (Feb. 16) from 4-7 p.m., in conjunction with Sportstalk on ESPN 600. Host Steve Kaplowitz will do his show live from Tortuga Sports Lounge, located at 126 Shadow Mountain Drive. Fans are invited to attend, or call in (915-880-5763) during the show to share feedback with UTEP Athletics officials.

“600 ESPN El Paso is excited about hosting the first public UTEP Town Hall meeting at Tortuga Sports Lounge this Friday,” said Kaplowitz. “This event will give Miner fans a chance to have their opinions heard, and their input can help shape the future of UTEP Athletics.”

On Saturday, Feb. 24, UTEP Athletics will hold a Town Hall meeting from the Starbucks inside Albertson’s at 3100 North Mesa Street (near the UTEP campus). This meeting will take place from 9-10 a.m. Those in attendance can receive $1 off any purchase made at Starbucks during the Town Hall.

“We look forward to hosting this Town Hall meeting with Jim Senter and celebrating our partnership with UTEP and continued support of UTEP Athletics,” said store director Christi LeClaire.

On Tuesday, March 20, UTEP Athletics will partner with KFOX 14 for a Town Hall at the KFOX Studios, located at 200 South Alto Mesa Street. This Town Hall is set from 6-7 p.m. It will air live on KFOX 14 and be streamed on the KFOX website and Facebook page. Sister station CBS4 will re-air the Town Hall on Saturday, March 24 at 3 p.m. or immediately following the NCAA Division II Men’s Basketball Championship.

“We are happy to facilitate the dialogue between UTEP and our viewers in a meaningful way,” said KFOX 14 General Manager Matt Kaplowitz.