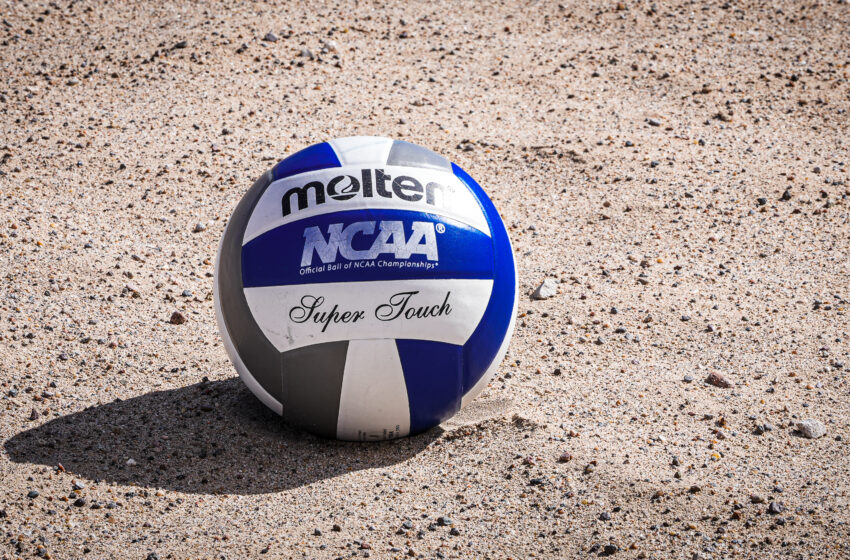 UTEP Director of Athletics Jim Senter announced on Friday that Beach Volleyball will join the Miners’ sport lineup in the spring of 2023.

The addition of Beach will give UTEP a total of 17 Division I teams.  It marks UTEP’s first sport addition since softball began competition in 2004.

UTEP Volleyball Coach Ben Wallis will also serve as the Miners’ first Beach Volleyball Coach.  Wallis has led the Miners to a record of 47-30 in three seasons (2019-Present) with a mark of 22-16 in C-USA.  Last year, the Miners enjoyed a record-breaking campaign as they posted the best win percentage in school history (24-8, .750) and played in a postseason tournament (NIVC) for the first time.

“We can’t be more excited about starting a Beach Volleyball program that will be in great hands with coach Wallis,” Senter said.  “As our Miner volleyball team has made a rapid ascent over the last few years, Beach Volleyball has continued its rise to national prominence.  It was natural that we bring UTEP and Beach Volleyball together.  It promises to be an exciting spectator sport, one that our fans can enjoy in some of the best weather our country has to offer.”

“Conference USA is one of the toughest Beach conferences in the country, and with the addition of UTEP as the eighth Beach team in the league, C-USA will have an automatic qualifier for the NCAA Championships in 2023,” Wallis said.

The format of competition is two teams squaring off against one another through a series of pairings.  Each pairing plays a best-of-three format with the winner decided in a best-of-five result.

The NCAA conducted its first Beach Volleyball national championship in 2016, and the NCAA Championship field has been expanded to 16 teams for 2022.  The sport has seen rapid growth over the past five years with 175 programs across the country currently competing, including 64 in Division I.

The Miners’ home competition site for Beach Volleyball is to be determined.

How exciting is this, for UTEP to be starting a Beach program?

“It’s really exciting.  It’s been a couple of years coming.  When I first got the job in 2019, Jim [Senter] and Julie [Levesque] approached me about this, and we started putting our brains together about a way we could make a really competitive, exciting Beach Volleyball program here in El Paso.  They want me to be the Director of Volleyball to run both programs initially, with some thought down the road that we could potentially hire a Beach-only coach.  But for right now, I’m going to run both programs.  I think we’ve got a really neat financial plan for the program, and the opportunities here in El Paso are pretty endless for Beach Volleyball.  Most people don’t realize that the state of Texas has a really big Beach-only population.  There are really good Beach-only clubs across the state that are ready to send recruits and prospects to El Paso to play at UTEP.”

What has been your involvement with Beach Volleyball previously?

“I played sand volleyball first when I was young.  I grew up in Europe watching volleyball, and when I moved to New Mexico, there was – and still is – a big beach and grass scene in Albuquerque.  So, I grew up playing outdoor [volleyball] before indoor.  And it actually helped me in a lot of ways to understand the game of indoor volleyball and its complexities, because with outdoor volleyball, you have to be a complete player.  You can’t just be good at jumping up and getting kills.  You have to be able to pass and defend and you have to be able to play with six skills – serve, pass, set, dig, attack and block.  You’ve got to be able to do all of them really well.  And so, that’s my involvement at a younger age.  And I told some Beach friends recently, I know enough about Beach Volleyball to be dangerous, but I’ve got a lot of work to do on the training and development side that I’m going to do this spring, in order to get ready for our players that will be coming this fall and in the spring of 2023.”

How do you go about putting a team together?

“You do a little of mixing and matching early on.  I’ve spent some time talking to about 10 people who have done this already, some coaches from all across the country that have done it in many different models.  You’ve got to infuse some of your indoor players early on with some Beach-only kids.  It’s a scholarship program here at UTEP, and so we’re starting slowly and developing into a fully funded program hopefully by 2025 or 2026.  And so, you’ve got some scholarship money to go get some Beach-only kids early on.  I think you’ve got to infuse some international kids, like we have done with our other sport programs, where you can get a Beach feel right away with kids that have been doing this for a long time.  And then merge them with our indoor kids, who this will be foreign to.  It will make them better, having to get out here and play a completely different sport.  We’ve got a good plan.  I’ve already been talking to some local kids and letting them know that we’ve got a Beach team coming and we were just waiting for the announcement, so we could really start moving.  I think several of our players will cross over and play both.  And I know our seniors that are graduating are very interested in having another year of eligibility with a completely different sport.  So we’ve got some irons in the fire, for sure.”

How does the success of the indoor team help you recruit players for Beach?

“It’s immeasurable.  The success of our indoor team has brought a lot of excitement and attention to the city of El Paso.  And also knowing that UTEP is a winning volleyball program now, that helps a lot.  I’ve had to turn Beach kids away and delete a lot of their emails in the last 2-3 years because we didn’t have a Beach program.  And now we’ll be able to recruit kids that want to play both [indoor and outdoor], which happens still.  And we’ll be able to recruit Beach-only kids that want to stay in the state of Texas.  Kids want to stay in Texas a lot, and there are really only five fully-funded Beach programs in the state.  There is a lot of opportunity to get this program very competitive quickly.  That’s the plan.  It’s going to be a daunting task to recruit a full roster in less than six months, but that’s why they gave me the task.  Let’s get out and get working!”

What is your five-year plan in terms of where you want to get the program?

“We’re going to join Conference USA, and it’s one of the toughest Beach conferences in the country – even tougher than some of the Power 5 conferences, because you’ve got some really historical Beach programs in this conference.  UAB is the first-ever [Beach program in C-USA].  Coastal Carolina can recruit darn near everybody with their facilities and where they’re located.  Southern Miss has a beautiful Beach volleyball facility.  Georgia State is already well-known in the Top-25.  FIU and Florida Atlantic are in Miami and Boca Raton, so they can recruit anybody to play Beach volleyball there.  It’s a really tough conference.  That’s going to help us, because good players want to play against good competition and they want to play in good conferences.  I think we will be very competitive soon.  Time will tell when it comes to the facility and what it looks like, and how we grow this program.  But I’m looking forward to the way it has been modeled already, and I’m excited that we’ve got administrators and people on campus that want to do it right.”

What do you tell the casual Miner fan that is curious about this program, as to why they should support it?

“It’s an exciting and fun sport.  It’s totally different from indoor, because you can get to know the players a little better because they play in a partnership.  It’s a shorter, faster version of indoor volleyball.  You can be done with a tournament in an hour.  It’s kind of an infusion of volleyball and tennis, and you’ve got to be good and smart about how you match up your pairs and the numbers that they play at.  If anybody has seen us grow in the last three years and the level of athlete that has played indoor, it crosses over right away to how exciting and fast the Beach scene can be.  And you get a chance to get out in the sun and maybe have a cold cocktail, instead of being stuck inside all of the time.  It’s just a different feel, and a totally different environment and vibe on the Beach side as well.”