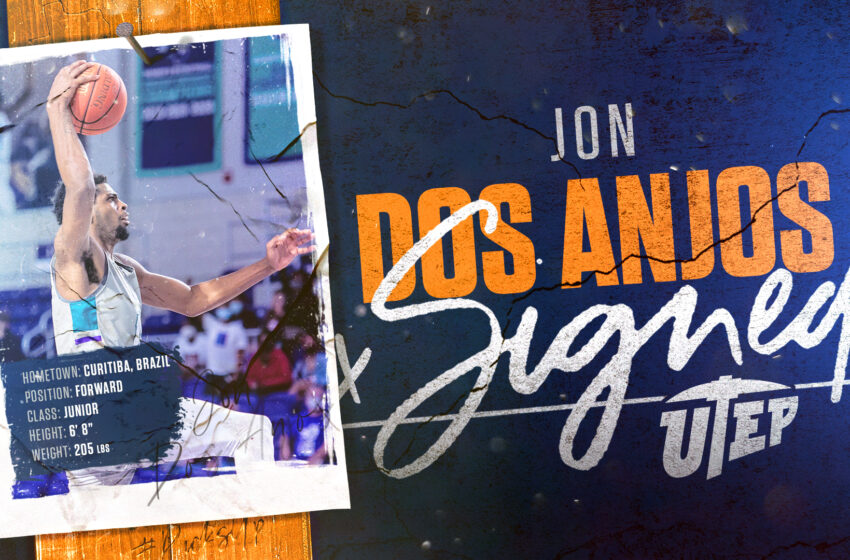 Dos Anjos will have two years of eligibility for the Miners.

A brief profile on Dos Anjos, and quotes from Golding and assistant coach Butch Pierre follow below.

Dos Anjos was a first-team all-league performer for the Bucs in 2020-21, helping them go 18-5 and advance to the semifinals of the FCSAA State Tournament … he averaged 10.3 points and 5.7 rebounds while playing in all 23 games, including 20 starts … connected on 58.0 percent (101-174) from the floor, including 34.8 percent (8-23) on three-point shots … recorded a trio of double-doubles on the season, compiling 14 points and 12 rebounds against Hillsborough Community College (March 15), setting career bests for points (22) and rebounds (14) against Indian River (March 24) and finishing with 19 points and 10 rebounds at Miami Dade College (March 27) overall  reached double figures in scoring in 12 games, including heating up down the stretch with seven of the final 11 … nailed better than 75 percent of his shots in six different contests … pulled down multiple offensive rebounds in 12 different games … spent the 2019-20 season at Loyola Marymount, appearing in all 32 contests … chipped in 3.2 ppg and 2.0 rpg while ranking second on the squad with 12 blocks … tallied a season-high 12-points in his collegiate debut against Westcliff … also reached double figures in scoring against Morgan State with 11 points on 4-6 shooting … attended Edison Academics, averaging 26.7 ppg and 13.5 rpg during his senior year … also prepped at Victory Rock.

“I’m very excited to add Jon to our program. He plays for a nationally-ranked junior college. He is a winner that plays the game the right way. Today is a great day for UTEP!”

“We’re very excited that we have Jon in the program. He’s a quick forward that has a lot of intangibles, skills and good basketball IQ. He can shoot the ball and just make plays. He fits Coach Golding’s system. He loves the staff, he loves the school and the tradition and has good basketball pedigree.”