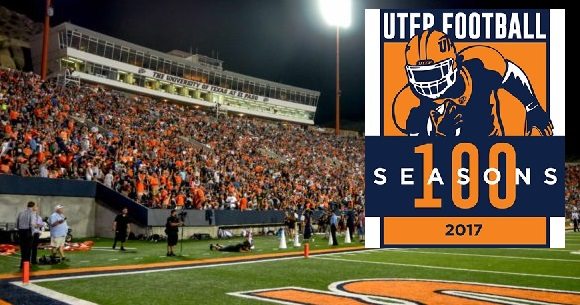 UTEP will kick off its 100th football season on Saturday at Oklahoma, and the 2017 campaign will celebrate the centennial anniversary of the program.

UTEP announced its Centennial Football Team in 2014 as part of the university’s Centennial Celebration.  One of the members of the team, linebacker Seth Joyner, will be inducted into the UTEP Athletics Hall of Fame on Oct. 27.

UTEP players will wear a commemorative “100 Seasons” patch on their helmets this fall.  The 100-year celebration will also include: