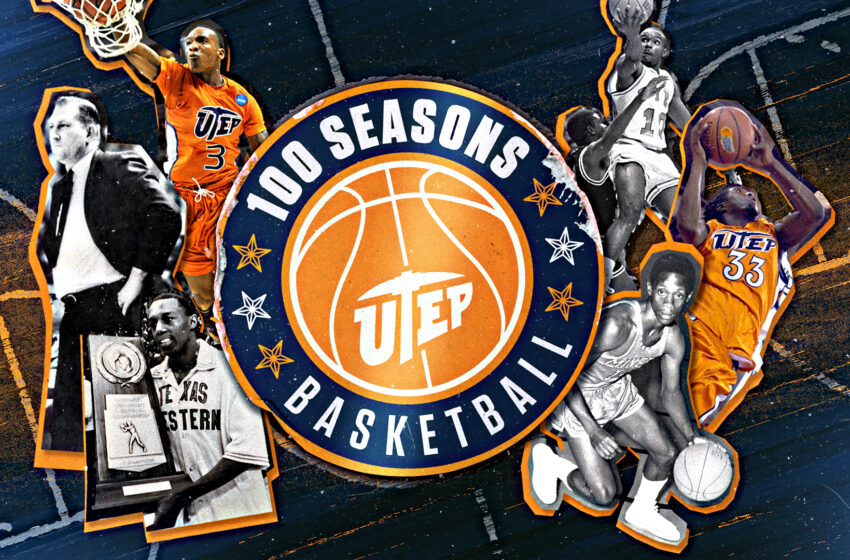 UTEP is in the midst of its 100th season of men’s basketball, and will celebrate all of the great players, coaches and moments of the storied program over the next two months as Conference USA play continues.

To this day, UTEP is the only school in the state of Texas to claim a men’s basketball national championship.  Overall the Miners have played 2,500 games and posted 1,415 victories.  UTEP has appeared in 17 NCAA Tournaments, 30 postseason tournaments, and won 12 conference titles.

Some of the greatest players in the history of the game got their start in the Orange and Blue.  Jim Barnes was the #1 pick in the 1964 NBA Draft.  Nate Archibald was named one of the 50 Greatest Players in NBA History.  And Tim Hardaway was a five-time NBA All-Star.

UTEP’s “100 Seasons of Men’s Basketball” celebration is underway with the release of the official campaign tip-off video today.

Other features, coming over the next two months, include:

The Miners will host Rice on Friday and Saturday at 7 p.m. in their first C-USA home games of the season.

For more on UTEP Basketball and the 100-Season Celebration, be sure to follow the Miners on Facebook,Instagram and Twitter.