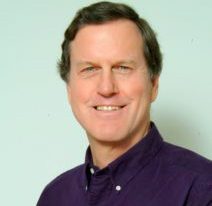 Reynolds is a Distinguished Professor of American Literature and American Studies at the Graduate Center of the City University of New York.

Born and raised in Rhode Island, Reynolds received a B.A. from Amherst College and a Ph.D. from the University of California, Berkeley. He taught at Northwestern University, Rutgers University, Baruch College, and the Sorbonne-Paris II before moving to the CUNY Graduate Center in 2008.

Reynolds’ books include “Walt Whitman’s America: A Cultural Biography” (winner of the Bancroft Prize and Ambassador Book Award and finalist for the National Book Critics Circle Award), “Beneath the American Renaissance” (winner of the Christian Gauss Award and Honorable Mention for the John Hope Franklin Prize), “John Brown, Abolitionist” (winner of the Gustavus Myers Outstanding Book Award), “Mightier than the Sword: ‘Uncle Tom’s Cabin’ and the Battle for America” (among the Best Nonfiction Books of the Year in The New Yorker and Kirkus), “Waking Giant: America in the Age of Jackson” (among the Washington Post‘s Best Books of the Year), and “Walt Whitman, George Lippard, and Faith in Fiction: The Emergence of Religious Literature in America.”

His most recent book is “Lincoln’s Selected Writings,” which contains a selection of Abraham Lincoln’s works followed by commentary on Lincoln by his contemporaries and, in the final section, by modern views. Several of Reynolds’ books have been listed among Notable Books of the Year by the New York Times Book Review, for which he regularly writes.

Reynolds also is editor or co-editor of six other books. His essays and reviews have appeared in the New York Review of Books, the Wall Street Journal, The Atlantic and elsewhere. He is currently at work on a cultural biography of Lincoln.