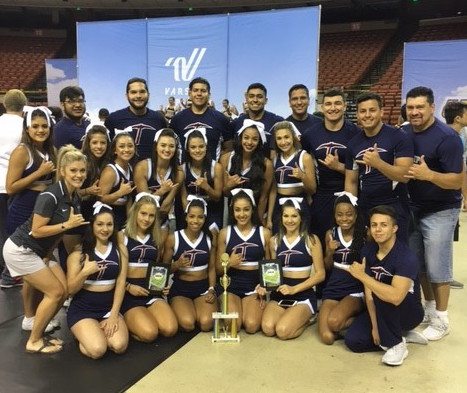 “This is a wonderful opportunity for a cheer program to evaluate their strengths and weaknesses in comparison to other teams,” said Bianca Marquez, head cheer coach at UTEP.

“UTEP Cheer is comprised of 100 percent local talent – the majority of males do not have a cheerleading background – and this camp is a great way to expose them to the realm of cheerleading at the collegiate level. It also gives them the opportunity to practice alongside athletes from prestigious cheer programs and learn new tricks and different techniques.”

The material taught at camp is structured over four days, and teams rotate among several classes, which include stunt/pyramids, sideline chant, band cadences and game day.

On the final day of camp, a competition is held for several elements involved in a typical game day such as sideline chant, fight song, and band cadence.

A fourth award is given for overall game day performance.