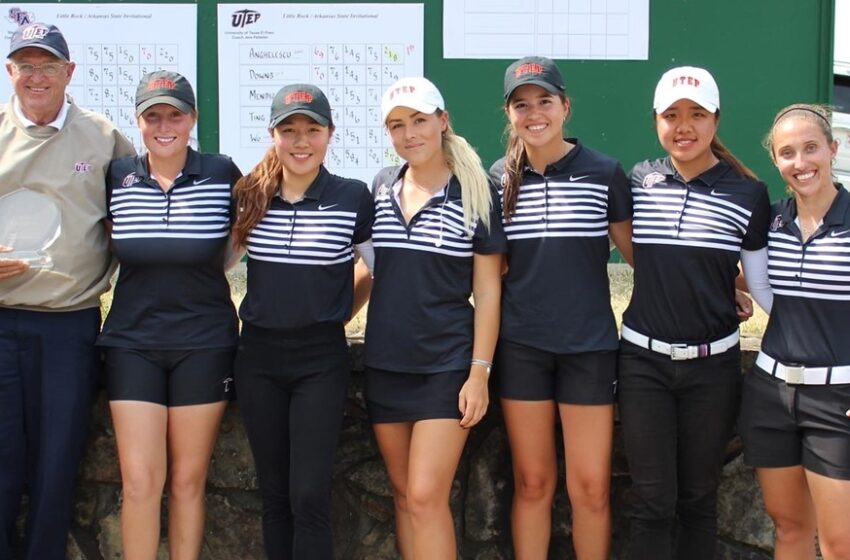 MAUMELLE, Ar. – The UTEP women’s golf team won the championship and Abbie Anghelescu was the individual winner at the Little Rock/ASU Invitational on Tuesday.

It marks the Miners’ first tournament title since October of 2016 and the first individual championship at the collegiate level for Anghelescu, a sophomore from Wolfe Island, Ontario, Canada.

“Abbie made an 18-foot put on the last hole to win in a playoff,” UTEP head coach Jere Pelletier said. “I’m really proud of the girls. I was hoping that we could take the way we have been playing in practice to the course. We did, and got rewarded for our hard work.”

“Lily played well and I was happy to see June shoot those scores,” Pelletier said. “Valeria played well too, she had a couple of bad holes or the results would’ve been even better. Her round yesterday was amazing. She had a really rough hole and still shot a 76. That speaks volumes for how she battles.”

UTEP has one tournament remaining prior to the Conference USA Championships. The Miners will take part in the Wyoming Cowgirl Classic next week in Maricopa, Az.