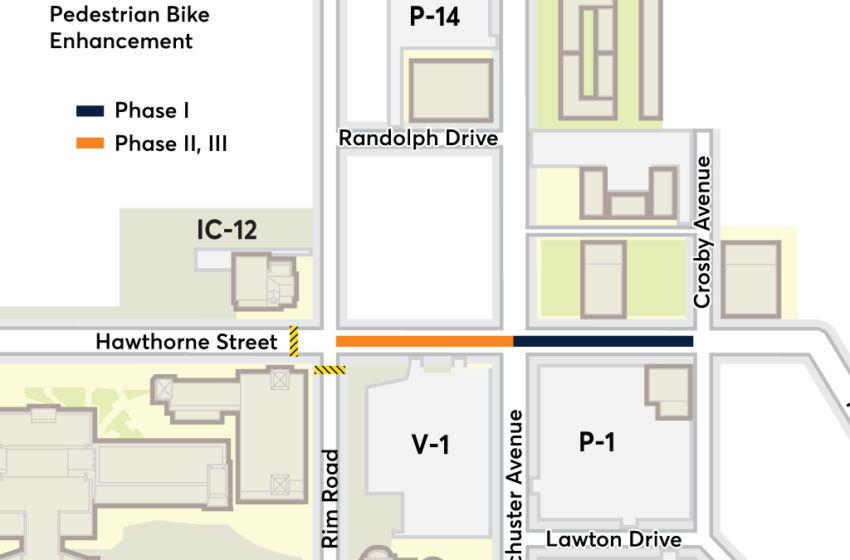 The University of Texas at El Paso will begin its Hawthorne Street Pedestrian-Bike Enhancement Project on Monday, Oct. 3, 2016, when it closes Hawthorne between Schuster and Crosby avenues to vehicular and pedestrian traffic for demolition and reconstruction.

Subsequent phases will close portions of Hawthorne between Schuster and Rim Road. The project’s goal is to continue the look and feel of Hawthorne from University Avenue to Rim Road while increasing pedestrian and bicycle safety, efficiency and aesthetics leading to UTEP.

When completed, there will be one traffic lane in each direction that will be marked for co-use by motorists and bicyclists. Sidewalks with ADA-approved ramps will be 6 to 10 feet wide on both sides of the street and landscaped with native or drought-resistant trees, shrubs and flowering plants.

There will be an irrigation system and new lighting similar to what is along Hawthorne on campus.

The main impact will be on those who use that area to park their vehicles. When completed, there will be restricted parking as a result of an El Paso City Council ordinance passed in June 2016.

The second two phases along Hawthorne from Rim to Schuster are planned to begin in November. Access to the V-1 (Mike Loya Academic Services Building) parking lot will always be available during construction. The project is expected to be completed in early 2017.

Federal funds will be used for this joint project, which has been approved by UTEP, the City of El Paso and the Texas Department of Transportation. 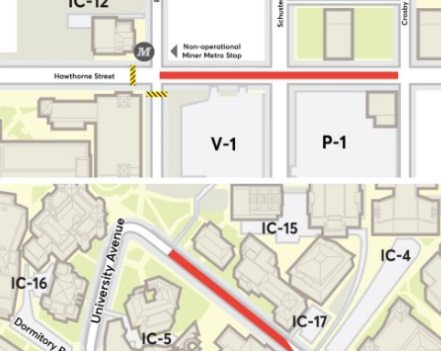 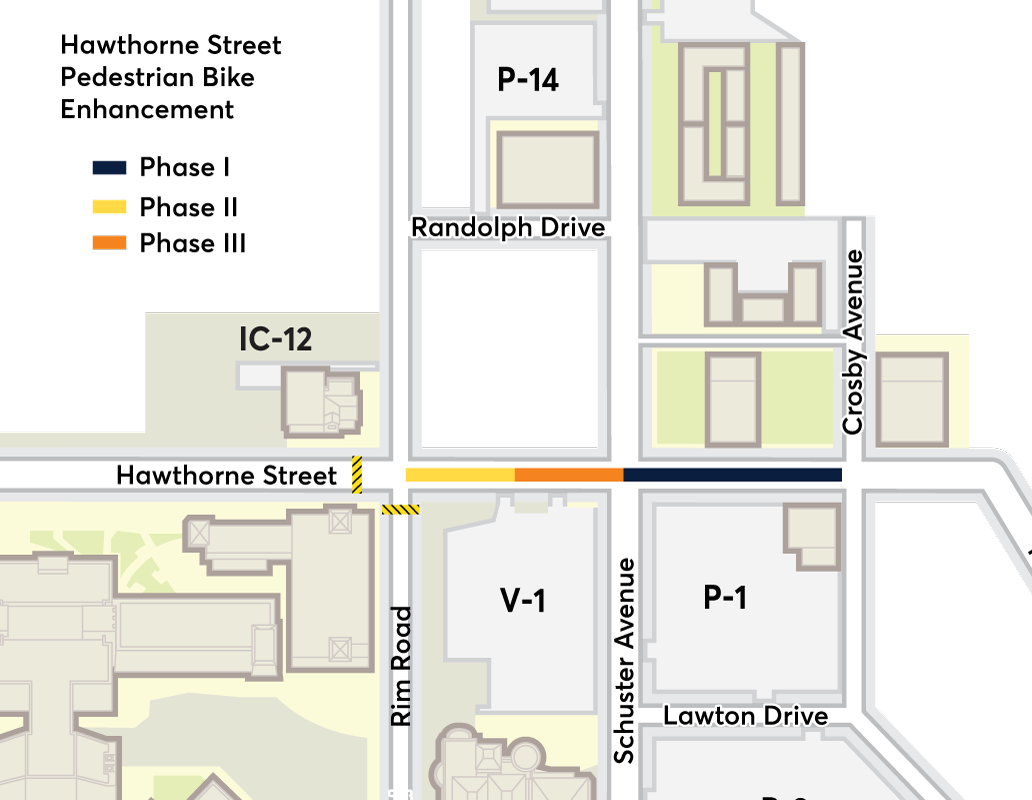