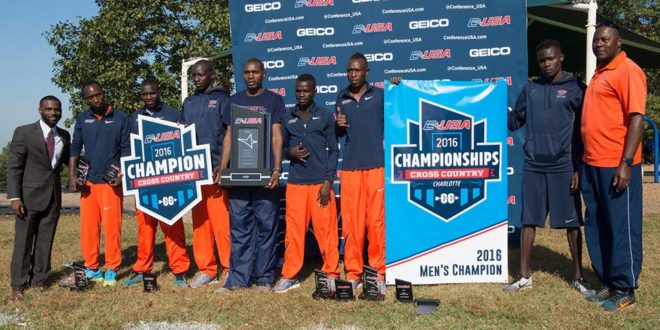 The UTEP cross country team will begin the 2017 season at the University of New Mexico Lobo Invitational on Saturday at the UNM North Golf Course.

The Miners have seen success at the Lobo Invitational with the men winning three of the last four individual titles. The UTEP men’s team has won the team title in 2006 and 2007, which also saw Stephen Samoei as the individual winner. In 2013 and 2014, Anthony Rotich won the individual men’s title and Cosmas Boit won last year’s staging of the meet.

The women have also prevailed at the meet with All-American Risper Kimaiyo claiming three individual titles from 2009-2011.

Returning for the men are Jonah Koech, Antony Kosgei and Michael Saruni. Koech helped the team claim the 2016 Conference USA Cross Country title with a silver medal finish in the 8K.

Last season Kosgei had top-10 finishes in every meet for the Miners. He notched a 10 th-place showing in the 8K at the NCAA Pre Nationals. Saruni returns for the squad after earning C-USA first team honors.

The women’s side also returns three Miners, Linda Cheruiyot, Lilian Koech and Winny Koech. Cheruiyot racked up four top-25 finishes in her freshman season in 2016, with her best finish being third place in the 5K at the Kachina Classic.

Lilian Koech claimed bronze in the 5K at the conference Championship last year earning freshman of the meet. The sophomore registered a fifth-place finish at the NCAA Pre Nationals, which helped the Miners finish fourth overall. Winny Koech recorded top three last season and was the first female freshman from UTEP to qualify for the NCAA Championships since 2009.