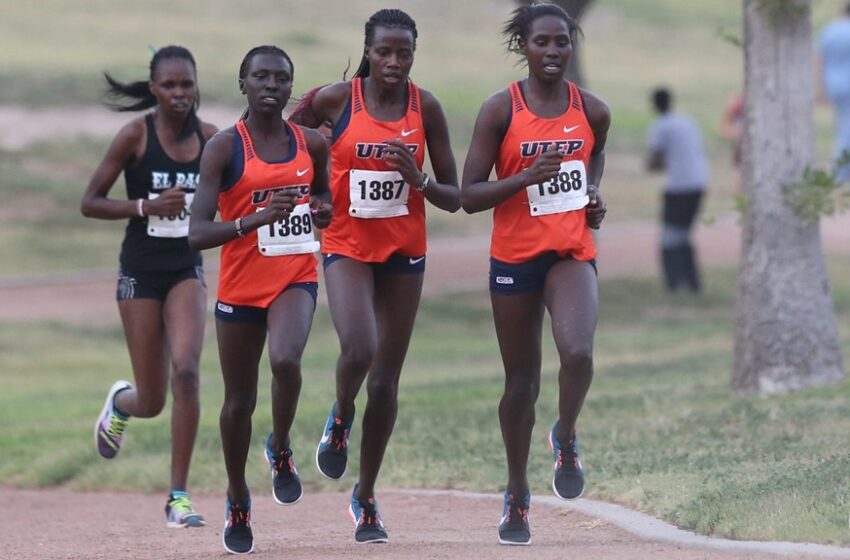 The UTEP cross country team prepares to head up Interstate 10 to Las Cruces, N.M., where it will compete in the Kachina Classic Open on Saturday. The meet is set to take place at the NM State Track and Intramural Fields.

This will be the third meet of the year for the Orange and Blue. They will be competing against familiar opponents from previous meets such as the NM State Aggies and El Paso Community College.

“We will need to change the tempo for this meet,” UTEP head coach Paul Ereng said, “our major competition is just around the corner.”

This meet is especially important for the Miners because it is the last meet they have to prepare for their biggest upcoming competition at Notre Dame at the end of the month.

Last week UTEP hosted the Lori Fitzgerald Classic where both men’s and women’s teams won their respective races with scores of 17 for the men and 21 for the women.

Gladys Jerotich has led the Miners for two meets in a row, as she was the top finisher for the women on Sept. 9 with a 4.7K time of 17:49.5 to secure first place.  Winny Koech kept up with Jerotich’s lead as she clocked a time of 17:57.8 to finish second.

Sophomore Antony Kosgei was the leader of the pack of runners during the men’s race at the Lori Fitzgerald. He put up a stellar performance as he claimed the first-place title with a 6.4K time of 19:09.3., while running a 4:49.5 average mile time.

Lilian Koech was the front-runner on the women’s side at the last Kachina Classic visit. She finished first overall in the 5K race with a time of 18:05.36. Gladys Jerotich is another veteran returnee who took second place in last year’s 5K, as she registered a time of 18:10.73.