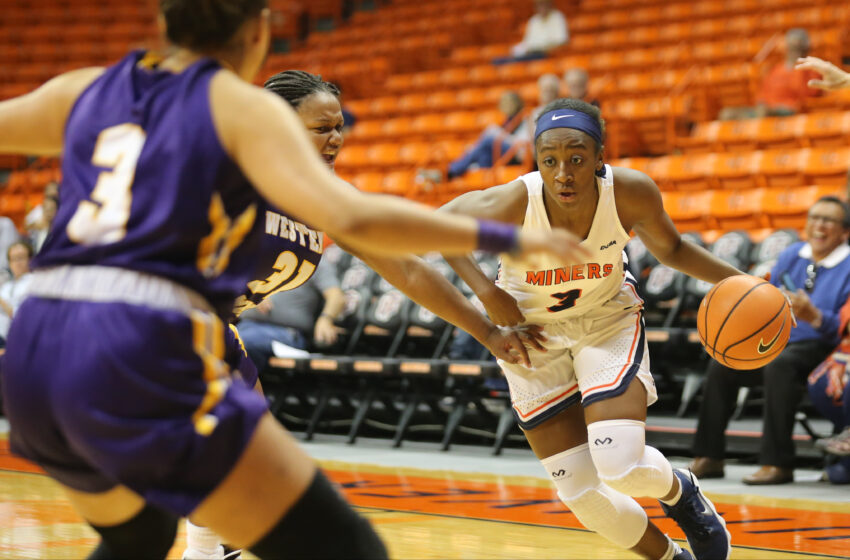 The Miners shot 47.2 percent (25-53) from the floor, while holding the Mustangs to a readout of 29.8 (14-47) percent on the day. The visitors committed 19 turnovers, which UTEP converted into 19 points. The Orange and Blue piled up 36 points in the paint, while adding another 11 (11-15) at the charity stripe. The Miners also took four charges in the game.

“I thought it was a really good scrimmage for us,” UTEP head coach Kevin Baker said. “We were able to work on some things, and I’m excited about getting better. I really liked the way our team played. There are so many things that we need to clean up, fix and do better. We’ll certainly do that.”

All 10 Miners who dressed played in the contest, with everyone logging at least seven minutes of action. Alexander and Gill paced the attack but four others (Zuzanna Puc-nine, Jordan Jenkins-seven, Jade Rochelle-six and Ariana Taylor-six) scored at least six points. Rochelle also pulled down a game-high eight rebounds to help UTEP win the boards, 36-31.

Puc was credited with a contest-high four helpers, while Gill and Jenkins each recorded three assists. The Miners led by 15 (20-5) after the opening quarter, and the Mustangs couldn’t get within single digits the rest of the way.

UTEP bolted out to a 14-3 lead six minutes in the contest, including peeling off seven straight points. The visitors ended the surge with a jumper by Ashton Carrasco, but the Miners accounted for the final six points in the stanza to lead, 20-5, through 10 minutes of action. Alexander (six) and Gill (five) combined for 11 of UTEP’s points in the period.

UTEP will play host to Division II St. Mary’s (Texas) in its final exhibition game of the year on Nov. 4 at 1 p.m. Admission is free.