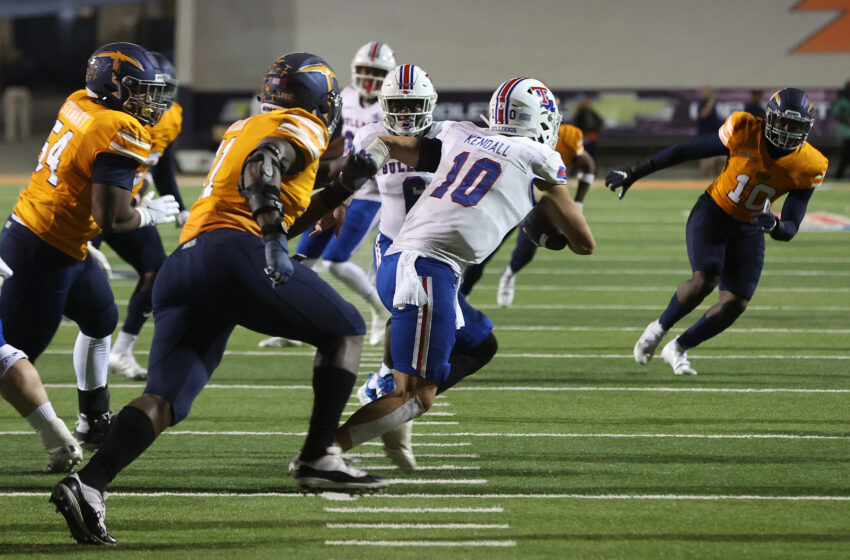 UTEP defensive end Jadrian Taylor was named the Conference USA Defensive Player of the Week on Monday after his dominant performance during the Miners’ 19-3 victory over LA Tech on Oct. 16 in the Sun Bowl. The 2021 C-USA Players of the Week awards are presented by Surf & Turf Golf and are voted on by a panel of the league’s media.

Taylor tied a school record with a career-high 3.5 sacks, while also tallying a career-best six tackles against Bulldogs. Praise Amaewhule, who plays opposite of Taylor, set the school record last season with 3.5 sacks at LA Tech.

All of Taylor’s sacks came during the first half and totaled 13 loss yards. LA Tech QB Austin Kendall started the game 6-6, but ended the night 14-28 due to UTEP’s strong defensive effort. The Bulldogs’ three points were the fewest in a conference game since 2008 (members of the WAC).

The junior from Lufkin, Texas, leads C-USA in sacks (6.5) and sacks per game (.93). Nationally, Taylor ranks tied for seventh in total sacks and tied 10th in sacks per game.

Following their second and final bye week of the season, the Miners will play at Florida Atlantic on Oct. 30 at 4 p.m. MT. UTEP’s next home game is on Nov. 6 versus no. 24/25 UTSA at 2 p.m. Tickets are available by calling (915) 747-UTEP or by visiting www.UTEPMiners.com/tickets.