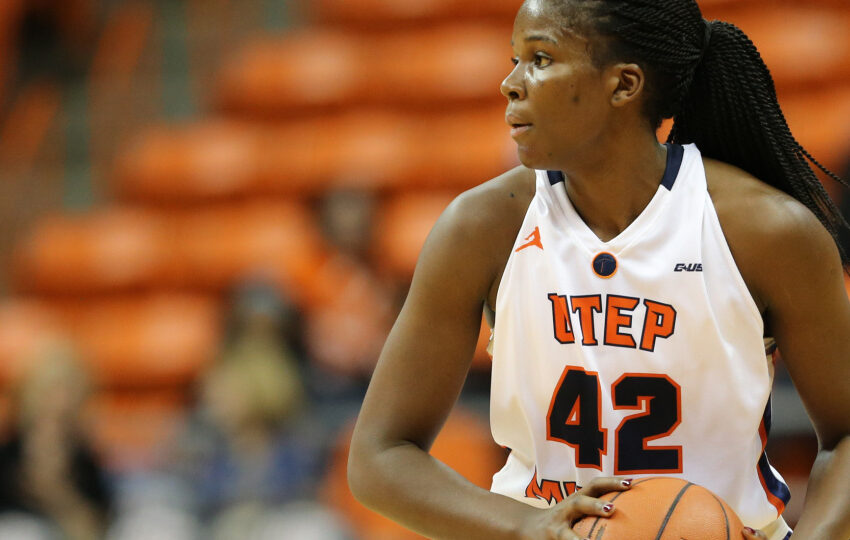 “We played hard and showed a lot of resilience after coming off the heartbreaking loss the other night,” UTEP head coach Keitha Adams said. “We showed tremendous composure throughout the game. We hung in there and we battled.”

Tamara Seda posted her third straight and team-leading eight double-double (13 points, 14 rebounds) to lead the way while Najala Howell (10 points) and Sparkle Taylor (eight points, eight boards) also proved key. It was a true team win, though, with all 12 Miners making a contribution in one way or another.  Ax Bernard and Roeshonda Patterson both came off the bench to hit a triple, with Bernard’s trey capping the aforementioned 19-4 run.

It is the first time in program history that the Miners have had back-to-back games decided by one point.

“It wasn’t pretty but it’s a great win for us,” Adams said. “We are a battle-tested team right now.”

The two sides came out firing, scoring on back-to-back possessions and it was tied, 5-5, less than two minutes into the tilt. UTEP scored four of the next five points in the game to jump out to a 9-6 advantage midway through the period but FAU had an answer.

The Owls wrapped a 15-0 run around the quarter break to surge out to a 21-9 advantage with 6:25 to play in the half. Seda ended the surge with a free throw before hitting a lay-up to get the Miners back within single digits. FAU tallied the next four points to grab its biggest advantage of the contest (25-12) but UTEP dug in defensively. The Miners limited the Owls to just one point (a free throw with 24 seconds by Zyranova) to fuel a 7-0 run and keep themselves in striking distance (26-19) heading to halftime.

The Orange and Blue kept the momentum in the third quarter, outscoring FAU 15-8 in the frame to pull even heading to the fourth. The two teams traded scores early on in the frame before consecutive three pointers by Howell and Lulu McKinney put the Miners ahead for good.

The Owls were determined to go down fighting, trimming it to a one-possession game on three separate occasions, but UTEP had answers every time to hold on.

The Miners will now enjoy a bye (off Thursday) before playing at travel partner UTSA at 1 p.m. MST/2 p.m. CST on Jan. 21.