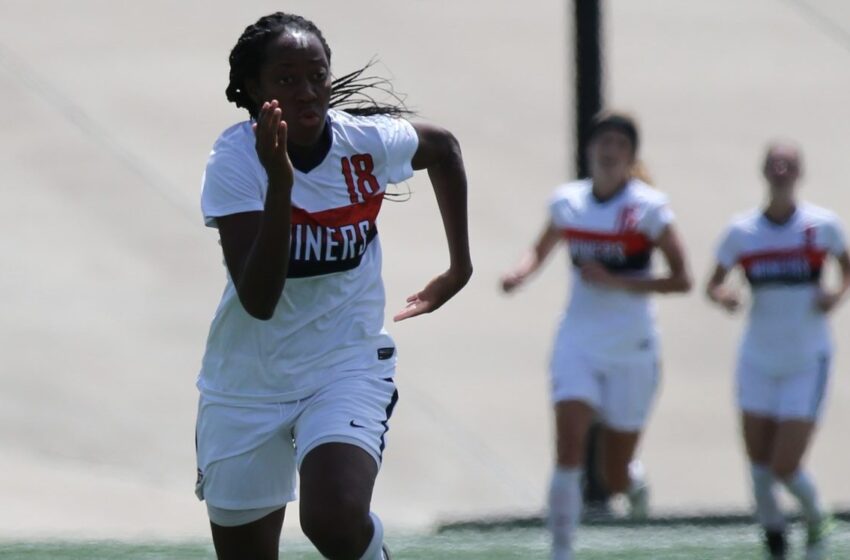 BOCA RATON, Fl.- UTEP played hard and created plenty of chances but couldn’t convert in a 1-0 loss at Florida Atlantic Sunday afternoon. Alex Maxson (76’) scored off a scramble in a corner kick for the Owls (9-7-2, 4-4-1 Conference USA) for the game’s only goal.

The Miners (7-11, 3-6 C-USA) had an 8-6 advantage in shots on goal for the game but couldn’t best FAU GK Jennifer Ocampo. UTEP freshman GK Caley Leask finished with five saves in the match. Both teams earned four corner kicks.

Vic Bohdan paced the Orange and Blue with three shots, including two on target. Lauren Crenshaw also had two shots on goal.

“We played a good game,” UTEP head coach Kevin Cross said. “We simply did not finish our chances. They won on a corner kick goal that we could not clear out. We had more prime chances to score than they did, but we did not convert unfortunately. We have had many of these close games this season.”

Leask was called upon in the third minute, delivering a save on a long-distant shot by Mary O’Hara.

UTEP then started to get its attack in gear. Kennadie Chaudhary had a header that bounced in on net which was grabbed by FAU GK Ocampo in the seventh minute while two minutes later a heavy shot from Bohdan forced Ocampo to fall to her knees in making the save.

In the 28th minute Bohdan unleashed a wicked blast that required Ocampo to make a leaping save and punch it up and over the frame. UTEP was unable to convert on the ensuing corner kick.

Jackie Soto had a chance late in the first half but Ocampo gobbled it up.

UTEP fought off a pair of corner kicks to start the second half. The Miners then went on the attack, where Crenshaw fired a shot that was fought off by Ocampo in the 52nd minute. Six minutes later Crenshaw fired another one that Ocampos leapt to deny.

In the 65th minute Anna Jimmerson unleashed a rocket that Ocampo could only tip wide of the goal to set up another UTEP corner kick. FAU defended it well and then launched a counter attack which led to a Leask save on a shot by Ashlyn Kitterman.

In the 72nd minute Leask snatched a shot out of the air by Maxson off her shot from a corner kick service. A minute later she denied Madison Caldwell on a longer distance shot. FAU’s sustained pressured paid off with a goal off a scramble from the corner kick. The ball bounced loose in the area before Maxson roofed it over the outstretched arms of Leask.

UTEP regrouped after conceding the goal. Danielle Carreon had a look in the 79th minute but Ocampo was able to deliver the save.

The Miners continued to battle down the stretch but they were unable to generate another chance.

UTEP will conclude its 2017 season when it plays at UTSA at 6 p.m. MT Friday.