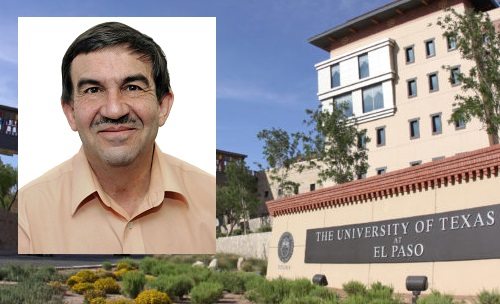 Vladik Kreinovich, Ph.D., professor of computer science, has been recognized for his contributions and research in fuzzy systems by The International Fuzzy System Association (IFSA).

The IFSA is a worldwide organization dedicated to the support, development and promotion of fundamental fuzzy theory issues related to: sets, logics, relations, natural languages, concept formation and linguistic modeling.

These systems control the decision support in management and administration of human organizations in manufacturing and process industries.

“I’m very honored to be recognized,” Kreinovich said, “but this honor is not just about me. It’s also about my students, colleagues and UTEP, so I feel this is a collective award.”

At the recent World Congress of IFSA in Otsu, Japan, 10 researchers were awarded the title of Fellow; Kreinovich is the only selected recipient from the United States.

Kreinovich has 35 years of experience and his expertise is in the areas of uncertainty and imprecision. He has collaborated with specialists in radio astronomy, geoscience, environmental science, and biology. Kreinovich has been a part of the UTEP family since 1990 and says he is very thankful that UTEP has allowed him to be on the forefront of groundbreaking research.