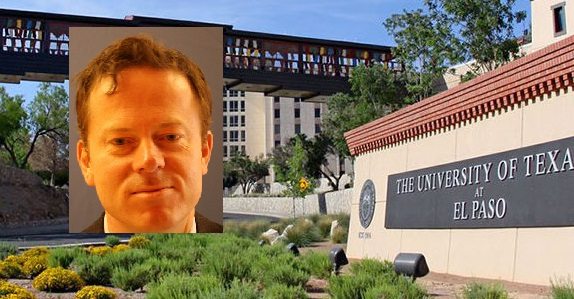 Robert Gunn, Ph.D., an associate professor of English, was awarded the Early American Literature Book Prize for 2016 for his 2015 book “Ethnology and Empire: Languages, Literature, and the Making of the North American Borderlands” (NYU Press).

The Early American Literature Book Prize is awarded to “the best newly released academic book about American literature in the colonial period through the early republic (roughly 1830).”

“Ethnology and Empire” tells stories about words and ideas, and ideas about words that developed in concert with shifting conceptions about native peoples and western spaces in the 19th century United States.

Contextualizing the emergence of Native American linguistics as both a professionalized research discipline and as a popular literary concern of American culture prior to the U.S.-Mexico War, Gunn reveals the manner in which relays between the developing research practices of ethnology, works of fiction, autobiography, travel narratives, Native oratory, and sign languages gave imaginative shape to imperial activity in the western borderlands.

“Winning the Early American Literature Book Prize is extremely exciting for me, as it expresses a recognition of the value of my work by my field,” Gunn said.

“It will be especially gratifying for me if this award serves also to promote wider recognition of the stories and histories of the early American borderlands — the stories and histories that have defined and continue to shape the place we live—and reminds people living elsewhere of the centrality of the borderlands to our conversations about U.S., Mexican, and indigenous nationhood and civil rights.”