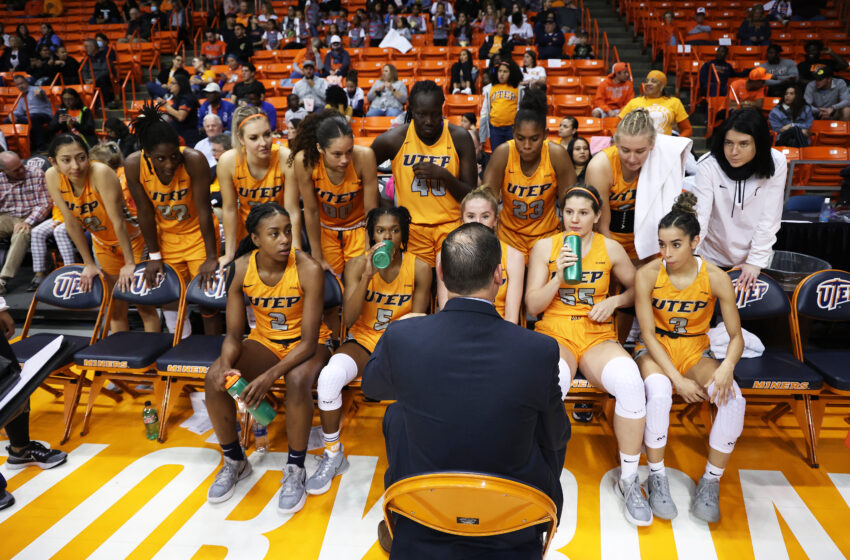 LAS VEGAS – The UTEP women’s basketball team lost its first game of the season with a 81-55 setback against Kansas on the final day at the South Point Thanksgiving Shootout in South Point Arena on Saturday night.

Destiny Thurman led the way with 18 points on 5-of-6 shooting from downtown, while Eliana Cabral tallied 10 points (6-8 FT). Teal Battle also hit double figures (10 points) and led the way with eight boards. Masha Vasileuka came off the bench and scored five points. Erin Wilson grabbed six boards off the bench. Katia Gallegos struggled, only scoring one points with zero assists. She finished 0-for-5 from the field.

However, Kansas’ Mia Vuksic answered with a 3-point basket to go up 14-12. The Jayhawks never looked back in the first half, jumping out to a 40-22 advantage at the 2:24 mark in the second quarter.

Battle grabbed an offensive board and converted a second-chance bucket. Cabral followed with a layup to make the count 40-26. Thurman, who scored 14 first-half points, hit her fourth 3-pointer to get the Miners within 13 (42-29), but Yaiyanna Jackson’s layup with 18 seconds left in the half gave KU a 15-point lead at the half.

The Miners will play at rival NM State in game two of this season’s Battle of I-10 on Wednesday, Dec. 1 with tip set for 6 p.m. UTEP defeated the Aggies in the first contest, 76-61, on Nov. 17 in the Haskins Center. Miner fans can listen live on 600 ESPN El Paso and the UTEP Miners with Mando Medina calling the action. Click here for tickets.

UTEP will host Utah State on Saturday, Dec. 4 in the Haskins Center. The Miners and Aggies are set to tip off at 1 p.m. The Miners were edged out by the Aggies, 68-65, last season (Dec. 13) in Logan.