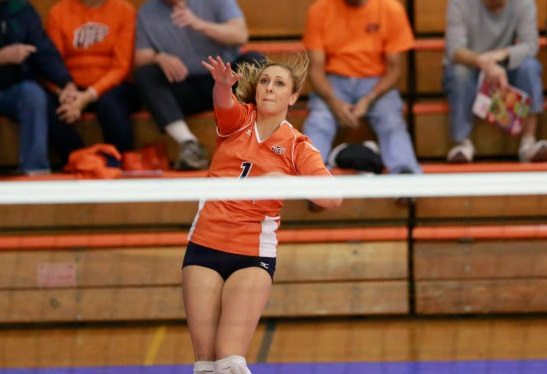 Sophomore Dalainee Perry posted a match-best 14 kills. She had 36 attacks committed only six errors. The outside hitter also added seven digs in her 2015 season debut.

The Mustangs grabbed the advantage after winning the first two sets. However, UTEP did not go down without a fight.

The match had 19 ties, with nine in the third set alone. The squads fought point for point but ultimately UTEP was able to capture the third set (26-24) with a strong finishing kill from Larson.

Fighting to stay in the game, UTEP opened the fourth stanza with a 4-1 run.  Despite impressive efforts the Miners were not able to keep the momentum rolling. The Mustangs claimed the final set (25-19) and match.

UTEP will hit the road to Fort Worth, Texas, where it will take on Abilene Christian at 9 a.m. (MT) and TCU at 5 p.m. (MT) in continuation of the TCU Tournament.