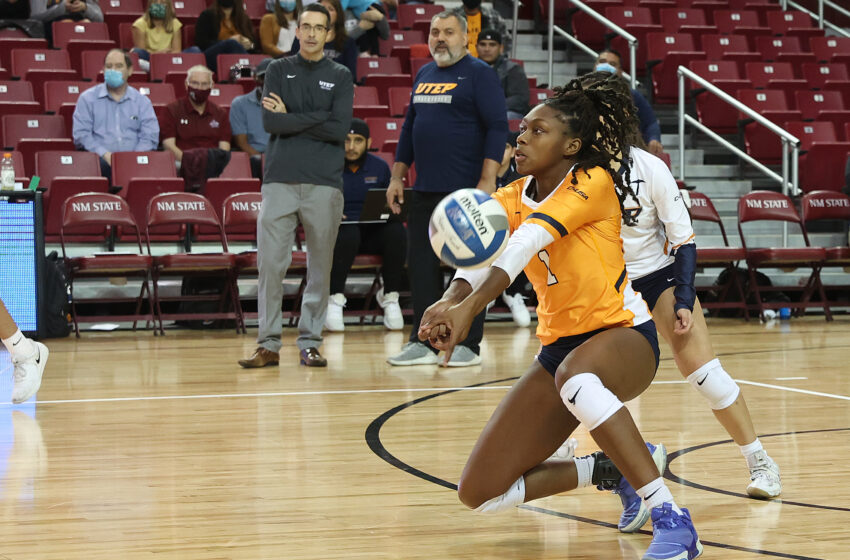 “I’m very proud of what my team put out there this year,” head coach Ben Wallis said. “I was disappointed we weren’t able to scrap out that third set. We didn’t do enough, efficiency wise. They (WKU) were way better at transition and were very clean. We did, however, construct a better fall 2021 team to be able to compete with them. Luckily for me, I get to continue to coach this team for a couple more weeks which I’m excited about.”

On the offense, Alianza Darley led the Miners with 11 kills and Kristen Fritsche with 16 assists. Paulina Perez Rosas notched seven digs for the defense.

With eight tied scores and four lead changes, No. 18 WKU ran with the last lead to take a 2-0 advantage in the match.

The Miners kept the lead for majority of the final set. A 3-0 scoring run by the Hilltoppers put them back in front to complete a sweep over UTEP.

“To be able to show that we are in the conversation as one of the top-four teams in the conference makes me feel like I’m doing the right thing,” Wallis said. “This program is moving in the right direction and I’m so proud of them.”