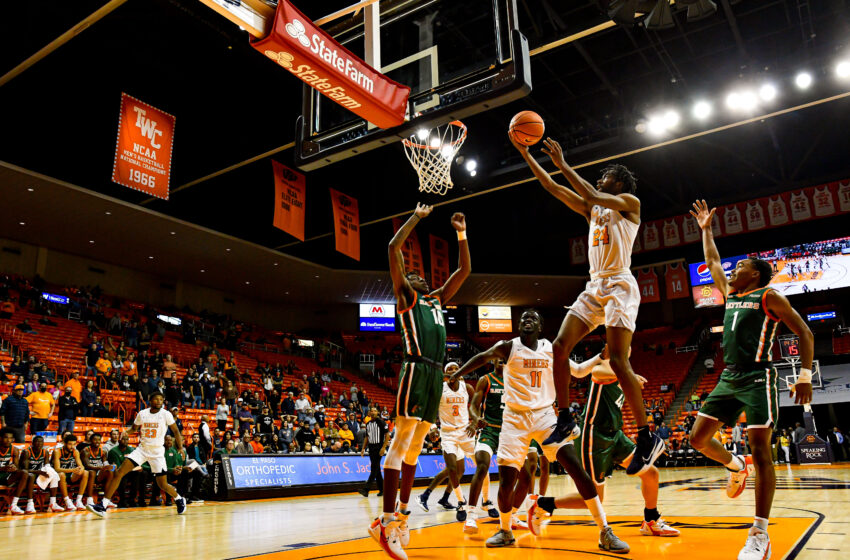 The UTEP Miners Men’s Basketball Team came from a dismal Wednesday defeat to obtain their fourth win of the season defeating the Florida A&M Rattlers 67-53.

UTEP overcame a slow offensive start to come out victorious on Thanksgiving Eve, gradually improving their offensive execution as the game progressed, improving in all areas of their game when compared to Wednesday’s performance against UC-Riverside.

The Miners will now enjoy a break over the Thanksgiving holiday before they play a total of seven games in the month of December starting next Friday.

After the game Jamal Bieniemy and Jorell Staterfield address the media. Bieniemy said, “We made more plays tonight and capitalized on more opportunities, fast breaks and half court we ran plays.”

For UTEP head coach Joe Golding it was all about “If we’re gonna shoot the ball as bad as we did on Monday we have to find different ways to win the game. You need to go get on the offensive glass and rebound the ball. Proud of the growth Jorell and Sibley played with more confidence. I though ‘JB’ (Bieniemy) was special, trusted his teammates, got them involved and had the ball in his hands all night.”

As for going to only seven players in the second half, Golding said, “It developed as the game went on, here’s our deal we’re still trying to figure out our team”.

What’s next for the Miners

The Miners will now take a nine day break in action and prepare to host their biggest rival, the New Mexico State Aggies on Friday, December 3. This latest edition of the “Battle of I-10” is scheduled for a 7 p.m. tipoff.