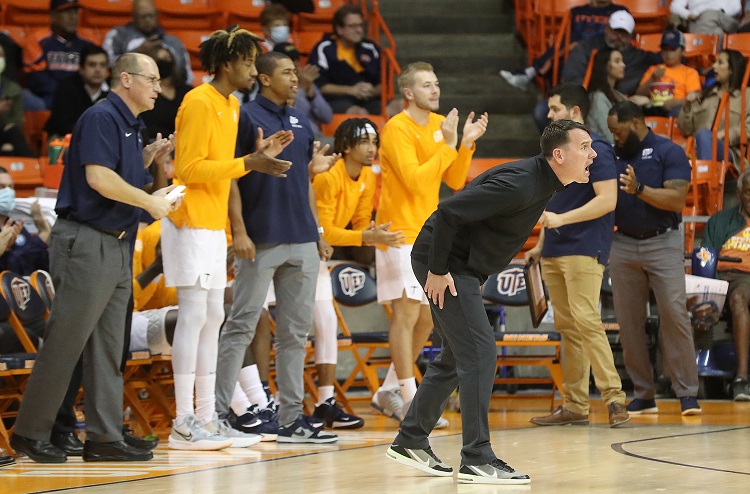 The UTEP Miners Men’s Basketball Team held the lead over the course of the entire second half to defeat the North Carolina Central Eagles 70-61 in the opening round of the WestStar Don Haskins Sun Bowl Invitational.

The Miners had to obtain their seventh victory of the season without their leading scorer Souley Boum who was out due to what is believed to be food poisoning. Boum was not the only player affected. Ze’rik Oneyema and Cam Clardy also did not dress for tonights’ game. Alfred Hollins and Christian Agnew also had symptoms but were on the bench, only Agnew saw any action.

With the win the Miners have positioned themselves to win the 60th edition of the tournament named after the Legendary Don Haskins for the 33rd time.

After the game both Kennedy and Agnew echo the same sentiments as for the team’s performance.  They both acknowledged that the team continues to overcome adversity and that is only making them stronger.

As for their 44% shooting effort, Kenedy said, “Our shot selection has been pretty good all year long, we had a lot of in and out earlier in the year, but now they are starting to fall because we have been staying with our routine since the summer.”

Head coach Joe Golding elaborated on the current state of health for his team. “They diagnosed it this morning as food poisoning and hopefully it’s food poisoning and not a virus. So we had three players that weren’t able to make it today because of that (Boum, Clardy and Onyema), Saucey (Agnew) and Alfred have it as well.

The Miners will have a 22-hour turnaround prior to facing the Bradley Braves in a championship game tomorrow night.

The game is scheduled for a 7 p.m tipoff, but will officially tipoff 30 minutes after the 3rd place game between Sam Houston St. and North Carolina Central ends.