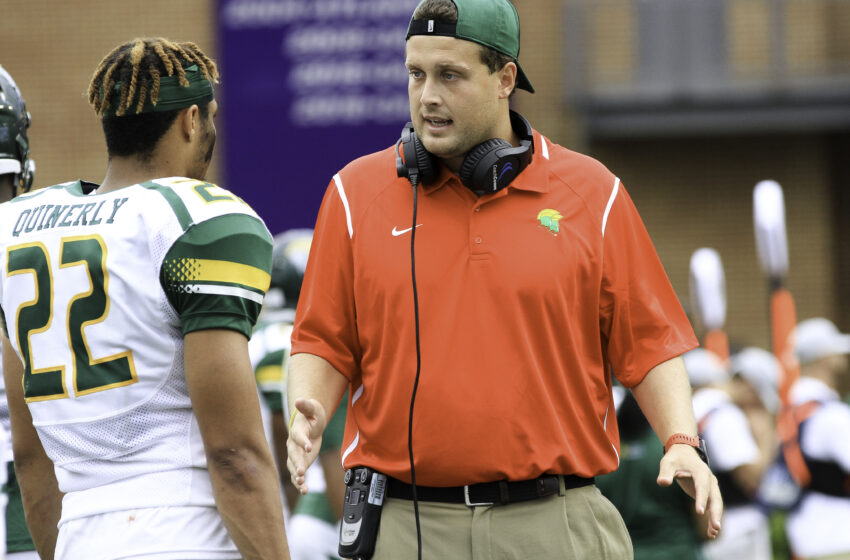 UTEP head coach Dana Dimel announced the addition of Zach Tenuta to the coaching staff and the promotion of four staff members on Monday.

“I’m looking forward to the addition of Zach Tenuta to the coaching staff,” said Dimel. “I’ve known his family for a long time and like the energy that he will bring to the team.”

“I’ve worked with Matt (Wallerstedt) previously and brought him in with the intent to eventually be able to promote him,” said Dimel. “He brings experience and is a really good coach.”

UTEP head football coach Dana Dimel announced the hiring of Zach Tenuta as defensive quality control. Tenuta served two seasons at Norfolk State, working with outside linebackers (2018) and defensive line (2017). Before heading to NSU, Tenuta was at Chowan University where he served as the defensive line coach in 2016.

Prior to Chowan, Tenuta spent two seasons as a graduate assistant coach at the University of Virginia (2014-15), working with the defensive ends. Tenuta’s first coaching job came at Middle Creek High School in Apex, N.C. He served as the defensive ends and linebackers coach in his lone season with the Mustangs.

Rahl was promoted to offense quality control for the 2019 season. He will be assisting offensive line coach Mike Simmonds. Previously, Rahl served as the recruiting coordinator for the Miners (2018). Before coming to UTEP, Rahl spent four seasons at McKendree University where he worked as the offensive coordinator and offensive line coach. In the summer of 2017, also became the associate head coach for McKendree.

“(Matt) Rahl wanted to work on the field and this position brings him closer to that goal,” said Dimel.

Nealy enters his second season with the Miners and was promoted to recruiting coordinator and senior player personnel director. Last season, Nealy served as the director of player development – high school relations. Prior to arriving to UTEP, he coached wide receivers for six years at San Marcos Academy (2011-17).

“(Barrick) Nealy has worked hard as the director of player development and this experience will allow him to grow,” said Dimel. “I look forward to seeing what he does in his new role.”

“Jacob (Martinez) is a UTEP graduate and has been with the program for a few years,” said Dimel. “He is a very organized and detailed individual. I believe he will excel as the director of player personnel.”