The UTEP football team will launch year three under coach Dana Dimel with its first practice of the spring on Tuesday, March 3 from 8:30-10:30 a.m. at Glory Field.

The Miners will have 14 spring practices – the majority of which fall on Mondays, Wednesdays and Fridays – leading into the Spring Game on Saturday, April 11 at 11 a.m. at a location to be determined.  All UTEP football spring practices are open to the public.

The coaching staff also has a new look this spring with Josh Brown taking over as secondary/safeties coach, and NFL veteran Trevin Wade being installed as cornerbacks coach.  Holdover Barrick Nealy is the Miners’ new running backs coach.

“I’m really looking forward to watching these guys insert themselves into the offense and get a firm grasp of what we’re doing,” UTEP coach Dana Dimel said.  “All four of them could improve their stock this spring.”

The Miners return five players with starting experience in the offensive line (Jeremiah Byers, DeHaro, Henry, Klein, Darta Lee) but will need to replace Derron Gatewood, who made 34 starts at center for UTEP.  Building depth in the wide receivers corps will also be a priority after Cowing and Justin Garrett both came on strong to close out the 2019 campaign.

“We feel like we’re going to be more athletic on the offensive line and we feel like we’ve got a really nice group of wide receivers, and the big thrust will be getting those guys to rise up and create a solid two deep for us leaving spring ball,” Dimel said.

The Miners will integrate a host of new players into a defense that struggled last season.  The competition figures to be fierce with a number of starting spots up for grabs.

“We brought in a bunch of new guys and we’re excited to see what they can do,” Dimel said.  “We feel like we’ve got a chance to be really good up front.  Two of our penciled in starters, Praise Amaewhule and Josh Ortega, will miss spring.  That will allow us to get some of the younger guys some reps.”

Amaewhule was named to the Conference USA All-Freshman Team last year after tying for first on the squad with 5.5 tackles for losses and three sacks.  Other top returnees on defense are Caldwell, who registered 11 pass breakups in 2019, and Prince, who was credited with 27 tackles in only four games before breaking his foot.

“The linebacker position will be fun to watch as we see what our new guys bring to the table, and monitor the maturation of last year’s redshirts,” Dimel said.  “And of course, our secondary play is so critical.  We brought in a couple of guys there as well, plus we have some guys that we redshirted and others that were injured last year.”

Fans now have the opportunity to renew their UTEP Football Season Tickets, or request new season tickets for the 2020 season.  Fans will have until April 10 to renew their tickets, paying in full or enrolling in a payment plan.

Renewals will be accepted online here, by calling (915) 747-6150, or by visiting the UTEP Athletics Season Ticket Office, located in Room 109 of the Brumbelow Building next to the Don Haskins Center, Monday thru Friday, 8 a.m. to 5 p.m. 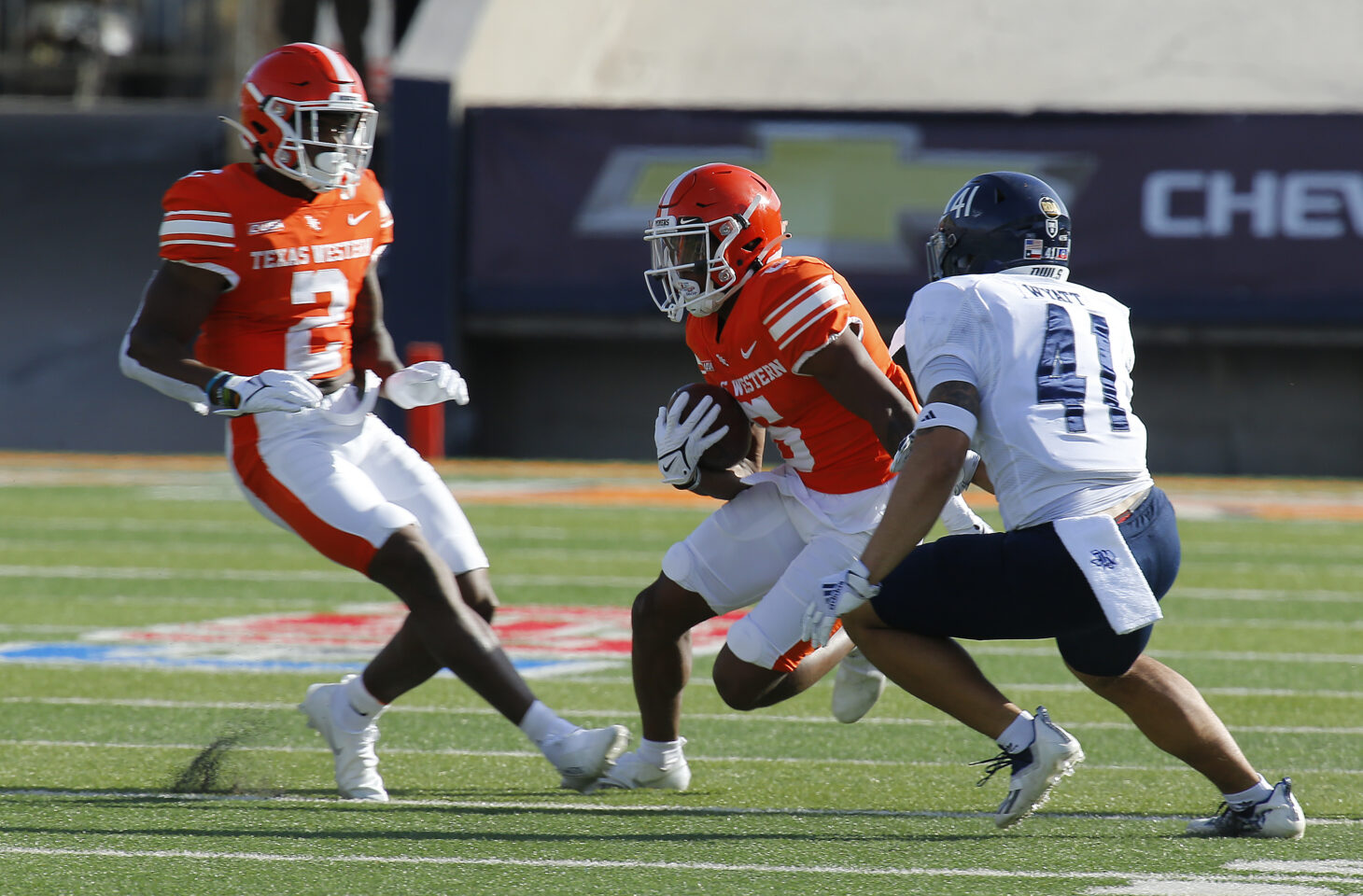