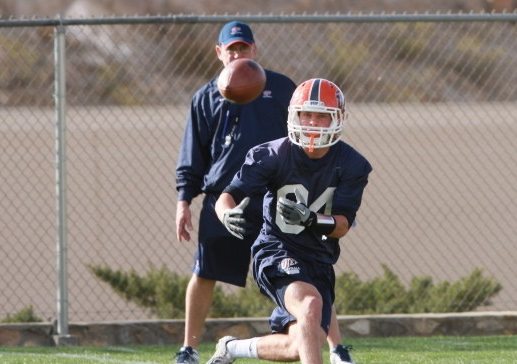 Miners will open the 2015 campaign on Sept. 5 at Arkansas

RUIDOSO, N.M. – The UTEP football team concluded Camp Ruidoso with its second scrimmage, but first official with Conference USA referees on Sunday. The Miners will head back to El Paso for their remainder of practices before the season kickoff on Sept. 5 in Fayetteville against Southeastern Conference power Arkansas on ESPNU (1:30 p.m. MT).

“It was a much-liked camp all away across the board,” UTEP football head coach Sean Kugler said. “The effort was there, the physicality was there and that was just a good wakeup cleaning up our mistakes. And that’s why we encouraged the referees to be there.”

The offense produced seven total touchdowns – four rushing scores and three passing. Aaron Jonescommenced the scrimmage with a 65-yard sprint to the end zone, but not before throwing a stiff arm on a defender.

“I thought the number one offense moved the ball well,” Kugler said. “They scored two touchdowns in the move-the-ball segment.”

A few offensive holding calls ensued during the next two drives that got the coaches fired up. But the offense eventually picked up the pace. Jones finished with 84 yards on six carries and two touchdowns. He also found Autrey Golden on a 16-yard pass to the four-yard line that led to Jones’ second score of the day.

The rushing attack finished with 174 yards on 35 attempts and four touchdowns. Treyvon Hughesscored on a two-yard plunge into the end zone, while Garrett Simpson found pay dirt on a one-yard dive.

The passing game saw a lot of dropped balls, as the quarterbacks were 16-of-42 for 206 yards, three touchdowns and one interception.

“I thought the quarterbacks had a lot of well-placed balls today,” Kugler said. “But too many drops by our wide receivers.”

Mack Leftwich and Simpson each threw for 83 yards, while Leftwich found Hayden Plinke on a 61-yard score. Plinke was wide open on the play. Ryan Metz finished 3-of-5 for 29 yards and a pair of touchdowns. He found Tyler Batson for a 20-yard score and Elliot Oldham on a five-yard pass.

On defense, Ishmael Harrison registered three tackles, three pass breakups and an interception. LaQuintus Dowell finished with a pair of stops, one tackle for loss and a pass breakup. Leon Hayes recorded three tackles, including one for a loss. Nick Usher had a tackle, a tackle for loss and a quarterback hurry, while Kelvin Fisher Jr.compiled three stops and a quarterback hurry. Foster Dixson recorded the only sack of the day after missing most of camp due to injury.

The Miners will resume practice on Tuesday at Glory Field. 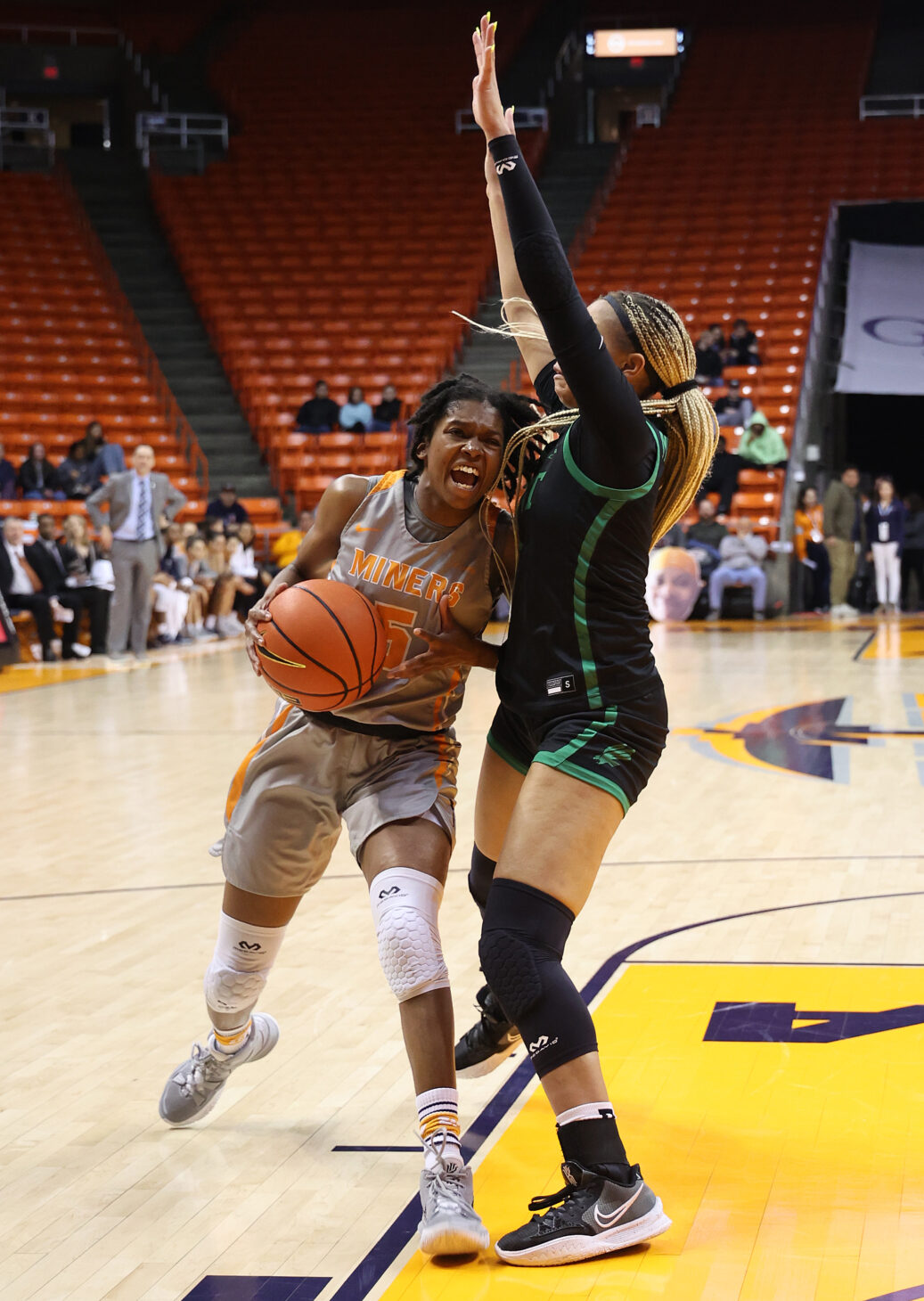