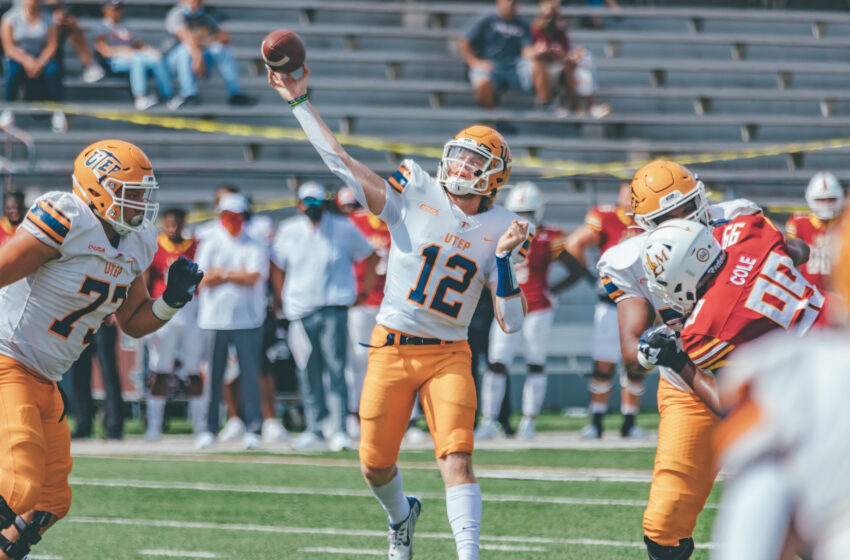 UTEP Football will hit the road for the third straight game as the Miners travel to take on Charlotte in Conference USA play  at Jerry Richardson Stadium.

This Saturday’s contest will mark Charlotte’s first home game of the 2020 season following a handful of postponements over the last few weeks. The last time the Miners were in action was on Oct. 10 when LA Tech won a close game, 21-17, over UTEP in Ruston.

Kickoff is set for 10 a.m. MT this Saturday at Jerry Richardson Stadium in Charlotte. The game will be streamed on ESPN+ for subscribers with Dave Friedman (play-by-play) and Reggie Walker (analysis) calling all the action on Saturday afternoon.

Fans can also tune in to the radio broadcast on ESPN 600 El Paso to hear Jon Teicher (PxP) and Mike Perez (analysis) on the call.

For complete coverage of UTEP Football, be sure to follow the Miners on social media at @UTEPFB (Twitter/Instagram) or visit the official home of UTEP Athletics at UTEPMiners.com.