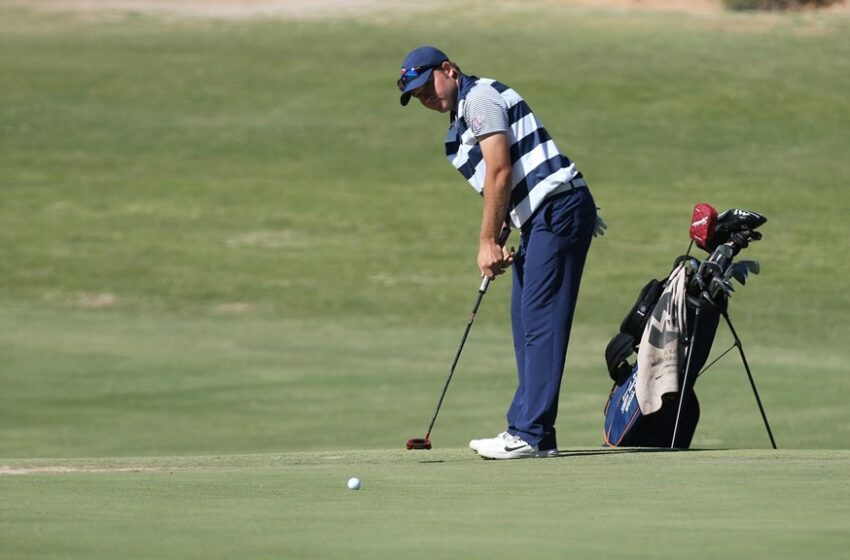 SAN ANTONIO – Three Miners finished in the top-20 of the field to boost the UTEP men’s golf team to a third place finish out of 15 teams at the Lone Star Invitational at Briggs Ranch Golf Course (par 72/7,247 yards) in San Antonio, Texas on Tuesday.

UTEP shot 7-over 871 (290-288-293) in its highest finish of the spring season so far with one tournament left, the Western Intercollegiate, before the team defends its title at the Conference USA Championships in April. Oklahoma, ranked no. 11 in the nation, never let go of its lead and ran away with the Lone Star Invitational title after firing 15-under 849 (279-286-284), while Arkansas State slipped past UTEP and took second place with a score of 2-over 866 (288-290-288).

“I think today and this week was a step in the right direction,” head coach Scott Lieberwirth said. “I’m pleased with how we played and how we battled. We missed a lot of iron shots, our Par 3s were pretty rugged but we battled to save some shots.”

Out of the four birdies Terrazas shot in the final round, he strung together three consecutive on holes no. 13-14. The junior also picked up 35 pars and nine total birdies in the tournament. Paradee finished in a tie for 18th after firing 3-over 219 (73-74-72), with his low round of 72 pushing him 15 spots up the leaderboard for his finish.

The junior tied for second in the field in par 3 scoring (3.00 avg./E Sc.) while also leading the team in pars with 37, and notching eight birdies total.

UTEP individual Oskar Ambrosius ended the tournament with a share of 75th after shooting 20-over 236 (75-78-83) and carding six birdies and 31 pars in the Invite.

UTEP will return to the course April 7th and 8th when it partakes in the prestigious 72nd Western Intercollegiate in Santa Cruz, Calif., hosted by San Jose State. It will mark the final regular season tournament before the C-USA Men’s Golf Championships beginning April 22nd.

Live stats will be available at www.golfstat.com.