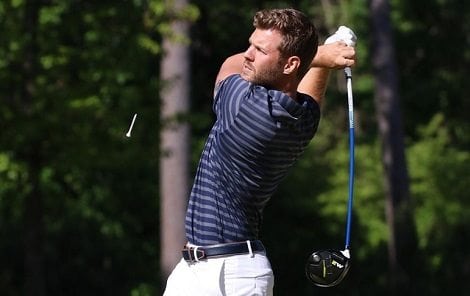 TEXARKANA – The UTEP men’s golf team moved up one spot on the leaderboard, finishing in eighth place out of 13 teams at the 2018 Conference USA Men’s Golf Championship on Tuesday.

Nicklas Pihl, who captained the Miner run since play began on Sunday, ended at the top of the UTEP scorecard after firing a round of 74 for a 2-over 218 (71-73-74) total to share a spot in sixth place. It marked the best finish of his career playing in Texarkana and his fourth and final appearance at the conference tournament.

The Denmark product picked up five birdies in his final round for a team-leading 14 total, the second-most in the field. Pihl collected 28 pars in his run, while also recording the second-best Par 4 score (3.87 Avg./-4 Sc.) in the tournament.

Aaron Terrazas shot a round of 73 to close out the tournament with a 4-over 220 (78-69-73) score to finish in a tie for 16th place. The junior totaled eight birdies and 35 pars, while his round two score of 69 marked the lowest UTEP round of the tournament.

Moving nine spots up the leaderboard, senior Charles Corner ended his collegiate career in a tie for 31st after shooting 10-over 226 (73-79-74). Corner picked up nine birdies and 29 pars through stoke play.

Settavut Paradee shot a low-round of 74 for a 15-over 231 (75-82-74) performance, lifting him four spots up to 50th place. Paradee paced the team with 38 pars in his debut at the conference tournament. Santiago Castilla, also playing in his first conference tournament, finished in a tie for 51st place after shooting a total of 16-over 232 (78-79-75). Castilla had three birdies and 36 pars through the three rounds.

The Miners finished the year with one tournament title, their own Price’s “Give ‘Em Five” Invitational championship, and marked eight top-10 finishes, include three top-five finishes, in 12 tournaments this season.